Get latest articles and stories on India at LatestLY. Ernakulam District Sessions Court dismissed the anticipatory bail plea of former MLA PC George in a case registered against him for alleged hate speech. 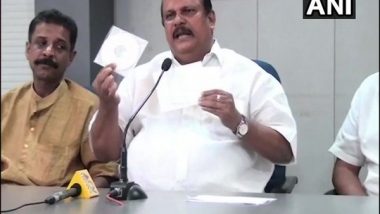 Earlier he was booked by Palarivattom police under IPC 153 and 295 A. He allegedly delivered the speech in connection with a Saptaha Yajna event at the Mahadeva Temple at Vennala in the Ernakulam on May 8.

Days before, he was arrested by the Thiruvananthapuram Fort police in another case for alleged communal remarks delivered at Ananthapuri Hindu Maha Sammelan. (ANI)