Kerala's first transgender radio jockey Anannyah Kumari Alex, who was found dead at her flat in Kochi on Tuesday, had recently alleged medical negligence by a hospital in her Sex Reassignment Surgery (SRS). However, the hospital has refuted all the allegations. 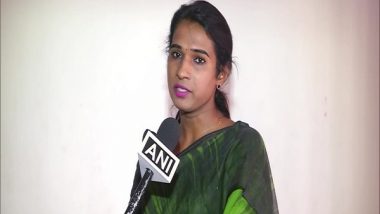 Kochi (Kerala) [India], July 22 (ANI): Kerala's first transgender radio jockey Anannyah Kumari Alex, who was found dead at her flat in Kochi on Tuesday, had recently alleged medical negligence by a hospital in her Sex Reassignment Surgery (SRS). However, the hospital has refuted all the allegations.

Alex, the first from the transgender community to file nomination as a candidate in the recent Kerala Assembly polls, was found dead in her apartment after she alleged gross medical negligence she faced in her sex reassignment surgery. According to the police, the death is suspected to be suicide.

In a statement, Renai Medicity, a multi super-speciality hospital in Kochi, said the medical board constituted by the hospital as per Alex's request has found that there was "no medical negligence" in the treatment given to her.

The hospital even stated that Alex was happy at the time of discharge and also after the surgery.

"But after six-seven months, she complained that the genital she got was not that beautiful which she expected. We informed her that another surgery can solve this issue. But she alleged it was medical negligence and demanded a huge amount as compensation," read the hospital's statement.

It further said, "As per her request, we constituted a medical board and it found that there was no medical negligence. We also conveyed to her that we are ready to give all treatment documents in connection with her treatment to go legally if she is not satisfied with the treatment. But we were not ready to fulfil some of her demands."

The hospital alleged that she was not happy when it denied fulfilling her compensation demand as she threatened to defame the hospital and its staff.

"Reacting to this, Alex challenged that she will defame the hospital, doctors and other hospital staff on social media and also within her friends' circle," the hospital said in the statement.

The hospital further urged the media to not spread false news against it and its doctors on the subject.

A few weeks ago, Alex had raised concerns that she was facing serious health issues following a sex-reassignment surgery she underwent in June last year. She balmed a doctor and Renai Medicity for this.

Complaining that even after a year of the surgery, she was unable to work due to severe physical pain, she termed it a case of medical negligence and demanded justice.

She had filed a nomination to contest the Kerala Assembly polls this year against Indian Union Muslim League (IUML) leader PK Kunjalikutty in the Vengara constituency at Malappuram district.

She was the first transgender in Kerala to do so. She filed her nomination as a Democratic Social Justice Party (DSJP) candidate. But later, she suspended her election campaign a day before polling, alleging that she was being harassed and receiving death threats from leaders of her own party.

With the last day for withdrawal of nominations being over by then, she had publicly issued an appeal asking people not to vote for the DSJP. (ANI)