Get latest articles and stories on India at LatestLY. The Special Task Force (STF) of Ludhiana Police recovered 5.5 kg of heroin and arrested three men with cross border smuggling links. 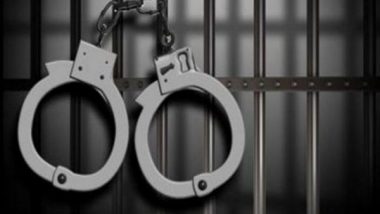 The seized heroin, worth crores in the international market, has been recovered from three different cases.

Three separate cases have been registered at the STF police station in Mohali. (ANI)