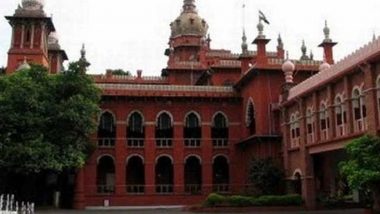 While speaking to ANI, Paul Kanagaraj, chief of the Tamil Nadu BJP Legal Wing, expressed hope that the court would rule in favour of the petitioners.

"The High Court questioned the Advocate General R Shunmugasundaram because NEET in Tamil Nadu was introduced after an order from the Supreme Court. The SC said that TN is not a separate country, it is a state in India. Without keeping that in mind, a committee has been formed for what purpose?" Kanagaraju said.

He added, "How can the committee analyse this after the SC's orders? We challenged many things in the writ petition - the constitutional validity, the state and Central government's power and who does education come under. We are very satisfied with the Chief Justice's move." He further said that the ruling party DMK was trying to confuse students on the issue.