Delhi: Over 1,650 Black Fungus Cases Recorded Till July 6 in the National Capital

The data also showed that till July 6, Delhi had recorded over 1,650 cases mucormycosis (black fungus). 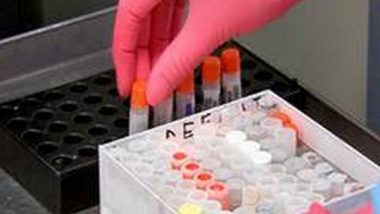 New Delhi, July 13: There were 952 active cases of black fungus in Delhi as on July 6, which was more than the count of active cases of COVID-19 till that date, according to official data. The data also showed that till July 6, Delhi had recorded over 1,650 cases mucormycosis (black fungus).

On March 27, the Delhi government had declared black fungus an epidemic, even as Lieutenant Governor Anil Baijal had issued regulations under the Epidemic Diseases Act to contain and manage cases of the deadly mucormycosis in the city. Mucormycosis in India: List of States With Number of Black Fungus Cases.

Till then, over 600 cases of mucormycosis were reported here.

According to officials figures, till July 6, Delhi had recorded 1,656 mucormycosis cases, including 952 active cases. The number of active cases of COVID-19 on July 6 stood at 833.

The 952 active mucormycosis cases included, 248 patients at Centre-run facilities, 302 at Delhi government hospitals, and 402 at private hospitals, as per the official data. The total requirement of Amphotericin B till July 6 was about 1.5 lakh injections, according to the data.

The national capital recorded 45 fresh COVID-19 cases, and three deaths due to the disease on Monday, while the positivity rate stood at 0.08 per cent, according to data shared by the health department here.