Mucormycosis in India: List of States With Number of Black Fungus Cases 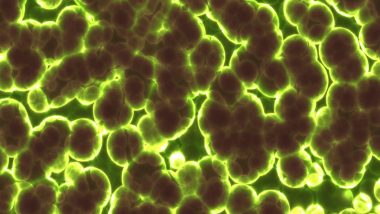 New Delhi, May 22: Union Minister of Chemicals and Fertilisers DV Sadananda Gowda on Saturday said India has recorded 8,848 cases of mucormycosis so far. Mucormycosis, also called black fungus, is a fungal infection with a mortality rate of whopping 50 percent. Gujarat topped the list of states with highest number of mucormycosis cases. As per the figures provided by Sadanad Gowada, Gujarat has reported 2,281 cases of mucormycosis till now. Mucormycosis, COVID-19-Triggered Fungal Infection, Found in 6 Patients at Delhi Hospital; Know All About the Serious Disease With Mortality Rate of 50%.

No of Mucormycosis Cases

(The above story first appeared on LatestLY on May 22, 2021 06:32 PM IST. For more news and updates on politics, world, sports, entertainment and lifestyle, log on to our website latestly.com).