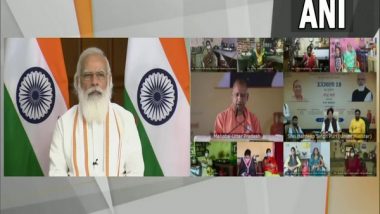 Speaking at the event, Yogi Adityanath said, "In Uttar Pradesh, atleast 1.5 crore families were benefitted under the first phase of the Ujjwala scheme. During COVID, PM Modi provided all the beneficiaries with free cylinders for six months."

During Ujjwala 1.0 launched in 2016, a target was set to provide LPG connections to five crore women members of below poverty line (BPL) households.

Along with a deposit-free LPG connection, Ujjwala 2.0 will provide the first refill and hotplate free of cost to the beneficiaries.

Also, the enrollment procedure will require minimal paperwork. In Ujjwala 2.0, migrants will not be required to submit ration cards or address proof. A self-declaration for both 'family declaration' and as a 'proof of address' will suffice.