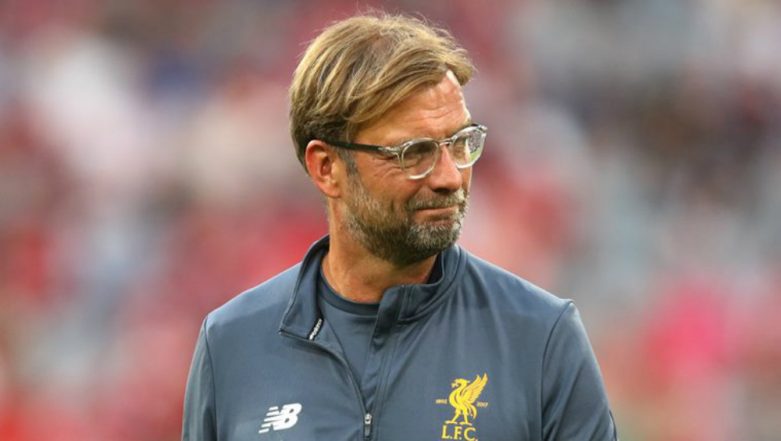 Liverpool, April 13: Jurgen Klopp says Liverpool will not be haunted by their Premier League title collapse five years ago when they face Chelsea in another seismic showdown on Sunday. Liverpool are chasing their first English top-flight title since 1990. A victory over the Blues at Anfield would be a big step toward that dream. But Chelsea stirs some extremely unpleasant memories for everyone connected with the Premier League leaders.

Back in 2014, Liverpool, then managed by Brendan Rodgers, sat top of the table when they were beaten 2-0 by Chelsea at Anfield in a match made famous by a costly slip from Steven Gerrard that gifted a goal to Demba Ba.

That painful loss came at a similar stage of the campaign and current title rivals Manchester City went on to lift the trophy by two points.

With Liverpool sitting two points clear of City, who have a game in hand, there is just as much at stake for the Reds in their latest meeting with Chelsea. Few Liverpool players remain from that game and Klopp is adamant that past failures will be a burden for this generation.

"I'm not sure that's in anyone's mind. You can tell all the fans out there to ignore it. It has nothing to do with us. It is a completely different story," Klopp said. "It's all about the game on Sunday. Anyone who wants to talk to any of my players about what happened years ago, don't do it. We want to write our own history. It Was Not Nerves, Says Liverpool Coach Jurgen Klopp After Draw With West Ham United.

"I'm not nervous. I feel the intensity of the competition, but we see the positivity of the moment. "We want to make the next step because it's not over yet. We try to encourage them to play 'big balls' football. We will make mistakes and we have to deal with them."

For all Klopp's optimism, Liverpool have not beaten Chelsea at Anfield in their past eight encounters, a barren run that includes a 2-1 League Cup defeat this season inspired by Eden Hazard's superb late winner. Klopp is well aware of the threat posed by Hazard, who is in fine form after scoring sublime goals against West Ham and Brighton recently.

"Hazard is in very good shape. On his day he can be the world's best," he said. "In a one-on-one situation you can't defend him. If he plays his best game we have to live with that. "But he has to play against us as well. We have to stop a few passes to him, read the game and react a bit quicker."

By the time Liverpool kick off on Sunday, they will find themselves knocked down to second place if City win at Crystal Palace a few hours earlier. But if City slip up in south London, Liverpool can stretch their lead by beating Chelsea in the last major obstacle on their road to the title, with four eminently winnable games remaining.

"We have to create the power of Anfield and use it," Klopp said. "We have only big games now. We have really big targets, that is clear. We have to fight for it."

Chelsea are determined to spoil Liverpool's title ambitions again as they cling to third place in a tense struggle to qualify for the Champions League via a top four finish. Liverpool Coach Jurgen Klopp Defends Alisson Transfer Fee.

Blues captain Cesar Azpilicueta played in the 2014 upset in a team that included current Liverpool star Mohamed Salah, who was given extra motivation to beat his old club when a group of Chelsea supporters were filmed chanting racist abuse the about Egyptian in midweek.

"It was a few years ago, but we went there and they had the party ready because they were smashing every team at Anfield," Azpilicueta said.

"We enjoyed that day and hopefully we can replicate it on Sunday."