Get latest articles and stories on Tech at LatestLY. Authorized Apple service technicians may be able to make Face ID repairs on iPhone XS and newer phones without needing to replace the entire iPhone. 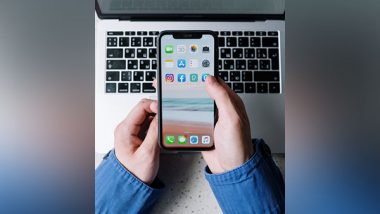 Washington [US], February 25 (ANI): Authorized Apple service technicians may be able to make Face ID repairs on iPhone XS and newer phones without needing to replace the entire iPhone.

As per The Verge, the tech giant may soon grant Apple Stores and Apple Authorized Service Providers access to a new TrueDepth Camera service part that consists of Face ID and front camera modules. As a result, stores and authorized providers would perform same-unit repairs when a phone suffers from Face ID issues instead of replacing the device.

As described by Apple in an internal memo, the move will reduce the carbon footprint of its products by decreasing the number of whole-unit repairs. If it happens, it also means owners of iPhone XS models and newer won't need to set up a new iPhone and possibly lose data just because of a Face ID problem.

It's not clear yet when this new repair process will be implemented. The company has only told technicians they will receive training and documentation at a later date.

The news comes a few months after Apple announced the new "Self Service Repair" program, another move that could also make repairs easier. Through the initiative, Apple will instruct customers how to fix their devices at home while selling them the parts and tools. Customers will also receive recycling credit when they return their used parts after fixing their devices.

Apple said the "Self Service Repair" program would launch early this year in the US and then expand to other countries. (ANI)