Girls Trip star Tiffany Haddish and Judas and the Black Messiah star LaKeith Stanfield are in negotiations to star in Walt Disney Studios upcoming remake of The Haunted Mansion. 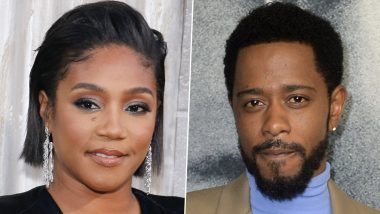 Girls Trip star Tiffany Haddish and "Judas and the Black Messiah star LaKeith Stanfield are in negotiations to star in Walt Disney Studios upcoming remake of The Haunted Mansion. Justin Simien, known for "Dear White People" and "Bad Hair", will direct the latest version. "The Haunted Mansion" is based on the spooky theme park ride which first opened at Disneyland in 1969. It took guests through a terrifying manor filled with ghosts, ghouls and various other undead residents. It was also one of the only attractions in which Disney employees were encouraged not to smile. Another Round Remake: Leonardo DiCaprio in Talks to Star in the Hollywood Version of Mads Mikkelsen’s Oscar-Winning Film.

Plot details are being kept under wraps for the upcoming adaptation, reported Variety. Dan Lin and Jonathan Eirich are attached to produce the film through their Rideback banner. Nick Reynolds of Rideback will serve as executive producer. Katie Dippold wrote the most recent draft of the screenplay. Goodnight Mommy Adaptation: Naomi Watts to Star in as the Lead in Official Remake of Austrian Psychological-Thriller.

The amusement park attraction was previously used to develop a 2003 family-friendly horror comedy film "The Haunted Mansion", starring Eddie Murphy. Disney is also developing films on other popular rides like Space Mountain and Town of Terror.