The United States on Monday termed the Chinese military activity near Taiwan as provocative. 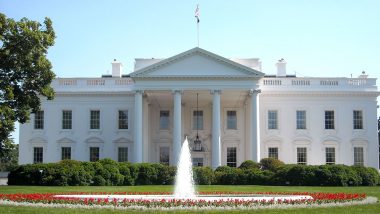 "We urge Beijing to cease its military, diplomatic, and economic pressure and coercion against Taiwan, and we have an abiding interest in peace and stability across the Taiwan Strait," she said. “That's why we will continue to assist Taiwan in maintaining a sufficient self-defence capability. We maintain our commitments, as outlined in the three communiques, Taiwan Relations Act, and the Six Assurances,” she said. US Intends to Have 'Frank Conversations' with China on Trade Ties: USTR Katherine Tai.

America's commitment to Taiwan is rock-solid and contributes to the maintenance of peace and stability across the Taiwan Strait and within the region, Psaki said. “We have been clear, privately and publicly, about our concern about the PRC's pressure and coercion toward Taiwan, and we will continue to watch the situation very closely,” she said.

In a separate statement, Senator Marco Rubio said 145 Chinese warplanes have flown into or near Taiwan's air defense identification zone since Friday. These military incursions occurred just days before Taiwan's National Day and began on the People's Republic of China's National Day. “The Chinese Communist Party's aggressive behavior is intended to intimidate Taiwan and send a message to the rest of the free world,” Rubio said.

“If Beijing's recklessness is not met with international condemnation, Xi Jinping will think he has a green light for further aggression. President Joe Biden must work with our allies to ensure the People's Republic of China respects the status quo and the sovereign territory of Taiwan and its neighbours,” he said. State Department Spokesperson Ned Price told reporters that the US is very concerned by China's provocative military activity near Taiwan.

“This activity is destabilizing. It risks miscalculations and undermines regional peace and stability. We strongly urge Beijing to cease its military, diplomatic, and economic pressure and coercion against Taiwan,” he said. “Our commitment to Taiwan is rock solid. It contributes to the maintenance of peace and stability across the Taiwan Strait and within the region, and we'll continue to stand with friends and allies to advance our shared prosperity, security, and values. We will do that as we continue to deepen our ties with Taiwan,” Price said.