Get latest articles and stories on World at LatestLY. Amid Sri Lanka's devastating economic crisis, India in another initiative to extend support will be supplying 65,000 metric tons of urea to the island nation. 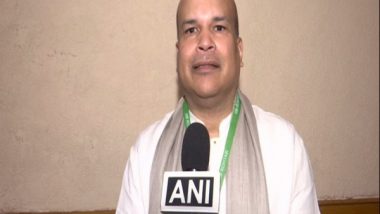 Colombo [Sri Lanka], May 14 (ANI): Amid Sri Lanka's devastating economic crisis, India in another initiative to extend support will be supplying 65,000 metric tons of urea to the island nation.

Reportedly, the Sri Lankan High Commissioner to India, Milinda Moragoda, held a meeting with the Secretary in the Department of Fertilizers of India Rajesh Kumar Chaturvedi on Thursday where the issue was discussed, reported Daily Mirror.

"High Commissioner Milinda Moragoda met with the Secretary to the Department of Fertilizers of India Rajesh Kumar Chaturvedi and thanked him for India's decision to supply 65,000 MT of urea required for the current Yala cultivation season in Sri Lanka," said the High Commission of Sri Lanka in a message.

In the meeting, both Moragoda and Kumar Chaturvedi discussed possible ways and measures to ensure that chemical fertilizers from India to Sri Lanka are supplied continuously under the existing Credit Line and beyond, reported Daily Mirror.

Further, despite an export ban of urea fertilizer from India, the Indian government, at the request of the Sri Lankan government, has agreed to provide 65,000 metric tons of Urea to the crisis-ridden island country under the existing USD 1 billion Indian line of credit.

Earlier, the Sri Lankan government as a part of its plan to transit toward organic agriculture had banned the import of chemical fertilizers the previous year. However, the sudden economic crisis mixed with the inadequate supply of organic fertilizers heavily impacted the agricultural output reported Daily Mirror.

Notably, this was the reason for the Sri Lankan government to revoke the ban on several key crops, reported the Daily Mirror.

Moreover, India has promised to provide over USD 3 billion to the debt-ridden island country in loans, credit swaps, and also credit lines since the beginning of the year. India has also expressed its desire to work with the new Sri Lankan government.

Meanwhile, Ranil Wickremesinghe was appointed the Sri Lankan Prime Minister for a record sixth term. He has given his assurance to the people of Sri Lanka that he will ensure the supply of petrol, diesel, and electricity to the island country.

Currently, Sri Lanka is facing its worst economic crisis since independence with food and fuel shortages, soaring prices, and power cuts affecting a large number of the citizens. (ANI)