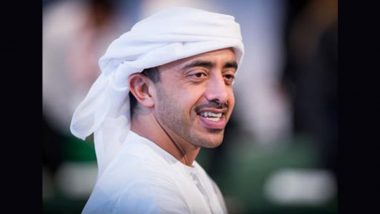 The relationship between India and UAE has seen transformational changes since 2014. India and UAE have projected to surpass bilateral trade worth USD 88 billion this year. After USA and China, UAE became India's 3rd largest trading partner. During the five months, between April and August of the Current Fiscal Year (CFY), the bilateral trade stands at USD 36.82 bn. Projected to surpass USD 88 billion for CFY as compared to USD 73 billion for the last Fiscal Year.

UAE signed its first-ever Comprehensive Economic Partnership Agreement (CEPA) agreement with India in February this year. It was the first for India in the last ten years. It entered into force in May 2022. The bilateral trade for April-August of CFY was 38 per cent higher as compared to the corresponding period last year. For this period, exports increased by 27 per cent while imports surged by 45 per cent largely due to higher crude prices.

Both countries are also discussing making use of UPI as a payment platform for remittances from the 3.5 million-strong Indian community in the UAE.

Over USD 10 billion of investments have come from the UAE. These include some big ticket investments such as USD 2 billion in Reliance Jio and Reliance Retail (June 2020), USD 2 bn in Adani (renewable energy, Apr 2022), USD 1 billion in TATA Motors (electric vehicles, Oct 2021). Macy's Thanksgiving Day Parade 2022 Date: Know The Lineup, Route and Ticket Prices for Watching the Glorious Thanksgiving Parade.

It is a two-way investment with Reliance having invested USD 2 billion in petrochemicals JV in the UAE (Dec 2021). The leaders have also launched a Joint Vision Document. It gives bilateral relations an economic thrust and futuristic trajectory. The Vision Document is a roadmap for a further foray into newer areas, such as - the establishment of IIT, Green Hydrogen cooperation, fintech, setting up of a dedicated food corridor, health cooperation (including development projects in Africa), skills, defense exports, etc.

The Government has given 26 acres of land for the construction of a Hindu Temple in Abu Dhabi. Under I2U2 both countries are discussing an investment of USD 2 billion from the UAE to develop food corridors in India and another USD 300 million for building a 300 GW hybrid (wind and solar) power plant.

The relationship between the two countries has become stronger with time. UAE has been invited to attend the G-20 Summit as a special invitee.