Get latest articles and stories on World at LatestLY. Nepal Police on Saturday arrested a man accused of raping one of the participants of a beauty pegeant eight years ago. 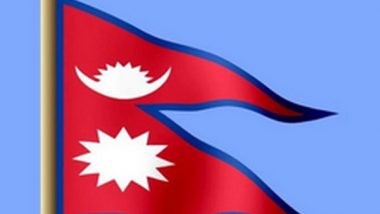 Kathmandu [Nepal], May 21 (ANI): Nepal Police on Saturday arrested a man accused of raping one of the participants of a beauty pegeant eight years ago.

Pandey was identified on Wednesday by a 24-year-old woman who took to social media to allege that that she had been raped at a hotel by him while she was participating in the Miss Global International pageant held in the year 2014. She alleged that Pandey had had drugged and raped her and continued to expolit her for long since then by blackmailing her.

After the social media revelation led to an uproar and protests in the country. Social activists on Friday staged a protest near Prime Minister Sher Bahadur Deuba's residence over the sexual abuse cases in Nepal and demanded justice for the victims of the crimes.

The Nepal Police Headquarters formed a five-member committee under the direction of Home Minister Bal Krishna Khand to investigate the incident and take necessary action.

Pandey, who also operates an educational consultancy and is said to be the perpetrator, was arrested today.

Demonstrations are taking place across major cities, including the capital, demanding justice for the girl and action against the perpetrator.

The woman uploaded a 20-part video series on social media in which she made the allegations. (ANI)