World News | Pakistan's Woes Continue Because of Its Failing Economy

Get latest articles and stories on World at LatestLY. Pakistan's economy has not seen any improvement despite the feeble attempts to revive it by the government. 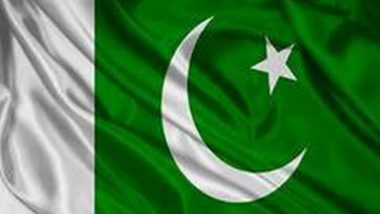 Islamabad, [Pakistan] December 1 (ANI): Pakistan's economy has not seen any improvement despite the feeble attempts to revive it by the government.

Pakistan's current economic indices are by themselves so poor making the task of revival doubly difficult, according to the Inside Over.

"International Monterrey Fund has profound leverage in Pakistan's economic policies which have prioritized growth, not backed by higher exports, but by higher domestic consumption. Such policies have in turn compromised the current account deficit," writes Federico Giuliani for the Inside Over.

Further, Pakistan's Foreign Direct Investment inflows stood at $ US 662 million during this fiscal year's first four-month period (July to October) compared to $ US 750 million a year ago and inflows plunged by 24 per cent to $ US 223 million from $ US 293 million in the same period, a year ago.

Pertinently, Pakistan has been unable to attract significant FDI investment for more than five years now because of its underperforming economy.

Pakistan government desperately needs foreign inflows and is negotiating with the International Monetary Fund (IMF) for the resumption of financial aid.

According to the Inside Over, foreign inflows have fallen drastically to $ US 116 million in July-October from the $ US 399 million in the same period a year ago. It has been assessed by experts that the decline in Chinese FDI could be the outcome of low inflows to the power sector due to surplus energy production in Pakistan.

The fault lines in Pakistan's economic policies are compounded by prioritizing growth, which is not backed by providing the base for the export economy.

Further, by focusing on higher outlay and not focusing on expenditure, Pakistan has compounded its economic woes (ANI)