A Chinese firm -- China Railway Construction Corporation (CRCC), responsible for road construction in Nepal's Sindhupalchawk has been witnessing people's fury over the landslide incidents and damage to houses in the district. 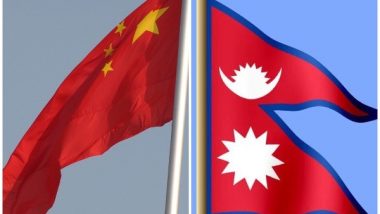 Kathmandu [Nepal], June 22 (ANI): A Chinese firm -- China Railway Construction Corporation (CRCC), responsible for road construction in Nepal's Sindhupalchawk has been witnessing people's fury over the landslide incidents and damage to houses in the district.

Nepal Aaj reported that people in the Himalayan Nation protested against the Chinese company and demanded payment for damages faced by them. They blamed the company for causing serious environmental disaster causing landslides and damaging houses at the location.

Last week, a widespread flood in Nepal damaged critical infrastructure. Officials said the excess rains had led to the rivers overflowing due to the suspected glacier burst, which resulted in widespread destruction.

Several people, who have been displaced due to floods as they have lost their houses and properties, are in a state of shock. Melamchi town, once a brimming marketplace and centre of attraction, now remains submerged in a thick layer of mud, sand and water after the flood. As per the official, about 200 houses in town have been damaged partially or completely in mayhem which began with onset of monsoon.

Hundreds of families who resided in the area have taken shelter in a local school, located a few hundred meters away from the main market square. As the blocked river made its way downhill, it has completely changed the lives of families living there as most of all people have lost all of their belongings in the flood compelling them to make a fresh start.

Nepal Army along with Armed Police Force and the Nepal Police had conducted rescue and search operations in the flood-ravaged area, which has continued to be submerged under a thick layer of mud and high flowing water.

Almost 80 per cent of the annual rain in Nepal is received during the monsoon (June-September). The average annual rainfall is 1,600 mm, but it varies by eco-climatic zones (3,345 mm in Pokhara and below 300 mm in Mustang).