Get latest articles and stories on World at LatestLY. China offered debt-stricken Sri Lanka more loans to overcome its economic distress amid rising protests in the country. 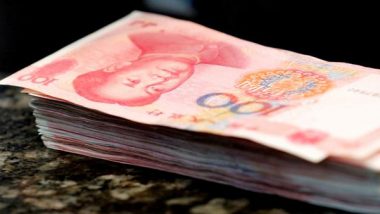 The slump is blamed on currency shortages caused by the travel ban imposed during the COVID-19 epidemic. However, Chinese loans are considered to be another major factor for debt-ridden Sri Lanka.

The Chinese loans surpassed lending by the World Bank and the International Monetary Fund combined together. It has become the largest global overseas creditor accounting for close to 65 percent of the world's official bilateral debt, according to local media reports.

China's economic stakes in Sri Lanka are in focus as the bankrupt South Asian nation scrapes the last of its usable foreign reserves. By late April those funds had shrunk to USD 50 million, a government minister revealed to parliament in a rare moment of candor, Nikkei Asian reported.

The communist nation has always kept its interests at the forefront and used the small nations as its pawn, be it Sri Lanka or the Maldives. Beijing is known for selling a dream of a fast-growing economy and then trapping these countries into debt diplomacy.

Highly unsustainable levels of debt created by China in the developing world allow it to create economic dependencies and political leverages in these countries, as the nation has always maintained that its overseas lending follows a "no-strings-attached" approach and respects other countries' right to select "their own development path" with a focus on developing countries control.