US Delegation Pledges Support to Serbia, Kosovo After Deal to Normalise Economic Relations

Kosovo Prime Minister Avdullah Hoti and Serbian President Aleksandar Vucic agreed at the White House to normalise economic ties, that Serbia would move its embassy in Israel to Jerusalem, and would have mutual recognition with Israel. 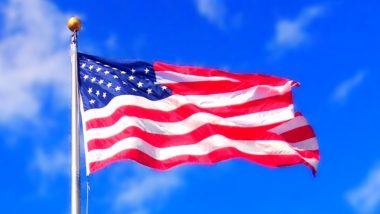 Belgrade, September 22: A US delegation pledged on Tuesday to move forward with helping to boost business and investment between Serbia and Kosovo after the former war foes agreed at the White House this month to work together to normalise economic relations.

American officials visited Serbia's capital of Belgrade after travelling to Kosovo on Monday. The US delegation brought together representatives from the Serbian and Kosovar business chambers and met top government officials later Tuesday. Also Read | Australia: 25 of 270 Pilot Whales, Stranded on Island State of Tasmania, Rescued So Far.

“What we did in Washington seems big and it is big,” Richard Grenell, US President Donald Trump's special envoy for talks between Serbia and Kosovo, said at a news conference held at the American ambassador's residence in Belgrade.

“We are not finished. That symbolism is important, but it's all about job creation.” Also Read | Boris Johnson Announces Fresh Restrictions For Next 6 Months in UK Amid Second Wave of COVID-19 Cases; Work From Home For Employees ‘Where Possible’, Pubs To Close at 10 PM Among Other Announcements.

Serbia and former province Kosovo have been locked in a decades-long territorial dispute that exploded into a a war in 1998-99. Kosovo declared independence from Serbia in 2008, but Belgrade does not recognise the split.

The issue remains a source of tension in the Balkans, a volatile European region where Russia and China are also vying for influence. Washington recently stepped up efforts to help unlock the dispute by focusing on the economic progress. The two sides agreed to boost economic ties in a deal with Trump, an action that some analysts viewed as an attempt to demonstrate foreign policy success ahead of November's US presidential election.

“We would not be here if it were not for President Trump who believed that something different can happen," Grenell said. He said the makeup of the US delegation, which included officials from the energy and commerce departments, USAID, the US International Development Finance Corporation and the Export-Import Bank of the United States shows that Kosovo and Serbia “have the total attention of the United States government".

“We want the people of Serbia to hold us to account that words on paper are not enough until there are massive job creation, economic development, hope and families that stay in this region and build their families in the next generation.”

Kosovo Prime Minister Avdullah Hoti and Serbian President Aleksandar Vucic agreed at the White House to normalise economic ties, that Serbia would move its embassy in Israel to Jerusalem, and would have mutual recognition with Israel.

The two nations' chambers of commerce agreed Tuesday to form a joint team to work on implementing projects in areas such as infrastructure, energy and tourism.

Most Western nations have recognised Kosovo's independence, but Serbia and its allies Russia and China have not. The European Union has mediated political talks aimed at normalising relations between the two rivals.