US Lawmakers Seek Briefing From Joe Biden’s Administration on Plans To Give COVID-19 Vaccines to India, Other Countries

A group of American lawmakers on Monday sought from the Biden Administration a briefing on how they plan to provide COVID-19 vaccines to India and other countries experiencing a surge in coronvairus cases. 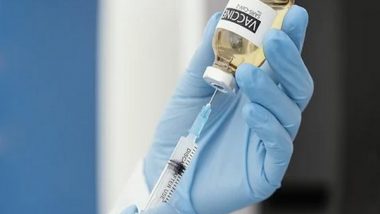 Washington, May 4: A group of American lawmakers on Monday sought from the Biden Administration a briefing on how they plan to provide COVID-19 vaccines to India and other countries experiencing a surge in coronvairus cases.

In a letter to Secretary of State Tony Blinken and Secretary of Health and Human Services Xavier Becerra, the four lawmakers praised the decision to distribute among several nations 60 million AstraZeneca vaccines, which cannot be used in the US. Travel Ban Imposed by US President Joe Biden for People Coming From India Comes Into Effect From Today.

Expressing concern over potential delays in shipping the first round of AstraZeneca vaccines to India and other nations due to an additional FDA review, they sought a briefing from the Biden Administration on the process and how many doses the countries will receive.

They also sought a briefing on the timeline for shipping doses to other countries, whether the United States expects to have enough supply of vaccines from other manufacturers to inoculate the American public without the use of the AstraZeneca vaccine; and whether any legal or contractual barriers present obstacles to shipping doses abroad.

“Countries such as India, Argentina and Brazil are facing massive surges in infections. In India alone, more than one million new cases of COVID-19 were detected in just three days. The administration's decision also makes sense because the AstraZeneca vaccine cannot currently be used in America as the company has not yet applied for Emergency Use Authorisation from the Food and Drug Administration,” the letter said.

Referring to recent remarks of White House Press Secretary Jen Psaki that these shipments will not happen right away and that no doses will be shared until the Food and Drug Administration has concluded its review, which may take several more weeks, the lawmakers said time is of the essence.

“Without assistance from the United States, new vaccine-resistant mutations could arise across the globe, threatening international public health and the United States' national security and economic prosperity,” the lawmakers said in the letter.