Get latest articles and stories on World at LatestLY. The World Bank announced Tuesday the approval of a 350-million-U.S. dollar loan to support Morocco launching a blue economy programme. 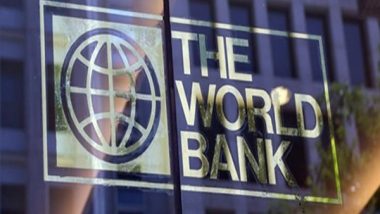 The Blue Economy Programme for Results aims to create more economic growth and employment while improving the sustainability and resilience of natural resources and food security, the World Bank office in Morocco said in a statement.

The programme comprises two parts, one of which helps to form coordinated institutional frameworks, and the other focuses on investment in key blue sector activities, it added.

Bordered by the Mediterranean Sea and the Atlantic Ocean, Morocco boasts the strong potential to develop a blue economy, with coastal areas already contributing to more than 50 per cent of its gross domestic product and jobs, said the World Bank.

It added that there is more untapped potential in both existing and emerging blue sectors in Morocco, like aquaculture, seaweed farming, and renewable marine energy. (ANI/Xinhua)