Hawk Academy Share, How to Rank in Google Search

There are many widespread misconceptions about how to rank in Google search -- which is why many business owners are failing to see the success that they’re looking for. These false narratives can actually shoot you in the foot if you follow them too closely, without a deeper understanding of how SEO works. 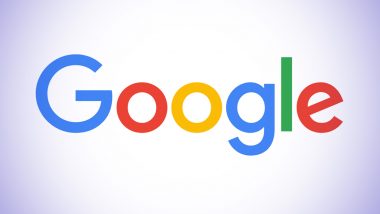 There are many widespread misconceptions about how to rank in Google search -- which is why many business owners are failing to see the success that they’re looking for. These false narratives can actually shoot you in the foot if you follow them too closely, without a deeper understanding of how SEO works.

Harry Sanders is the founder of StudioHawk, which is Australia’s largest dedicated SEO agency. He and his team of 22 other SEO experts are preparing to launch Hawk Academy: a digital learning platform that teaches the skinny on SEO through quizzes and practical guides. Rooted in his nine years of experience in SEO trial and error, Sanders is passionate about helping other individuals understand the real way to optimize SEO. He shared the following five misconceptions.

According to Sanders, SEO is a highly intricate combination of many factors that determine how you rank, and knowing which largely held beliefs about SEO are wrong can help you avoid making fatal mistakes.

Misconception #1: Stuff as many keywords into the copy as you can.

Many falsely believe that SEO comes down to how many times a keyword is ‘stuffed’ within a website’s copy. And this isn’t totally wrong, because this is how Google used to rank pages. However, that method has been slowly phased out through Google’s algorithm changes since 2003, especially after the August 2013 Google ‘Hummingbird’ update that nixed it for good. Of course, keywords still matter - just not as much as you’d think.

“There’s not a golden ratio, but between 2-3% keyword density on a page is preferable,” advised Sanders. “It’s very, very important that the keywords fit in naturally with the language for ranking, however, since Google now employs natural language processing and latent semantic indexing.” This means trying to cram the keyword “dog walking Sydney” into a sentence like “Welcome to Sydney’s premier dog walking service for dog walking in Sydney” is going to do far more harm than good -- not only for the Google algorithm, but for potential customers who have to read that.

There’s an idea that you need to get as many backlinks as possible - but this is a matter of quality rather than quantity. “Previously, Google did see all backlinks as equal, rooting the algorithm in the fact that the most credible research online was usually the most cited and linked elsewhere,” said Sanders. “But now, it is considerably more important that those backlinks are in quality, relevant articles within your niche.”

Also included in this misconception is the thought that you need to have 20 or 30 different domains with your keyword in the title that all link to your main website (i.e. dogwalkingsydney.com, walkyourdogsydney.com etc). “This also doesn’t work, and there’s no point to it. You have to create pages that genuinely have value and authority, otherwise you’re just hurting yourself,” says Sanders.

Misconception #3: There is one easy trick to mastering SEO.

Between backlinks and keyword stuffing, many believe there’s just one magic formula they can unlock to rank higher -- but unfortunately, there isn’t. Everyone is doing largely the same systems and processes, and no one has one secret that’s working for every single client. As Sanders teaches in Hawk Academy, there are actually hundreds of different factors that determine the search results.

“Even if you find just one trick for manipulation, Google will catch on, and it won’t work for long,” warned Sanders. “Or, worse: your site could be blacklisted forever, and all of your SEO efforts will be wasted.” Instead, approach SEO holistically, paying tribute to each of the main factors that count.

Misconception #4. If you pay for AdWords, it can improve your SEO.

Another misconception began swirling around once AdWords was launched: that it could improve your SEO. Sanders says that this too is false. “It certainly helps to see if there’s purchasing intent behind your keywords, but Google has said multiple times that you can’t pay for ads and expect good SEO. They’re entirely independent with few crossovers between the two.”

Rather, this was more of a misconception-turned-selling point that AdWords services began to advertise. “AdWords could help SEO, but solely by raising awareness about your brand so that customers recognize it when they search for your keyword,” said Sanders. “But, it’s not a direct relationship.”

It’s always a good idea to have social signals -- such as a high engagement rate and a page of organic followers -- on your company’s social pages. At one point, this too mattered for SEO on Instagram, Twitter, and elsewhere. Then, Google launched Google Plus, which was supposed to be the real marker of social credibility. But two things went wrong: first of all, no one really used it. And second of all, those that caught wind of its impact on SEO bought Google Plus followers, and saw a major soar in their ranking status as a result.

“Google quickly realized what was happening and nixed the importance of social signals from the algorithm, too. In fact, they directly said that social signals are hard to measure and out of their control, so how actively you post is the only factor they take into consideration, which is more natural and harder to manipulate,” Sanders said.

These misconceptions may surprise you, but the overarching message is this: be natural in your efforts. Try a bit of everything. There’s no one trick, so educate yourself on all the real factors that play into the algorithm on resources like Sanders’ Hawk Academy.