The current Covid-19 pandemic outbreak has had severe economic consequences on a global front. Many industries were affected due to the world's biggest outbreak necessitating total lockdown which impacted trade directly in the worst manner. 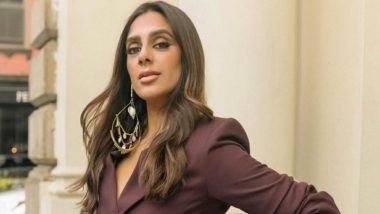 Megha Rao
The current Covid-19 pandemic outbreak has had severe economic consequences on a global front. Many industries were affected due to the world's biggest outbreak necessitating total lockdown which impacted trade directly in the worst manner. The fashion industry was one of the worst hit as there were zero footfalls due to total closure of business. The business of many fashion and clothing brands which operated through the online medium were also affected to a large extent, ace fashion designer Megha Rao's clothing brand 'holiCHIC' being one of them.
Businesses had to completely restrategize themselves in order to keep up with the changing demands of the consumers which changed drastically right from the time the pandemic struck the globe. As the sales of traditional apparel businesses plunged downwards, business owners had to think of alternatives which would help sustain themselves in such times of crisis. "we needed to completely rethink and restructure our strategies to keep the sales registers ringing and that's when the idea of coming out with products which were much in demand struck my mind," says Megha.
There was a major financial crunch due to layoffs and salary cuts, so, Megha thought of coming out with an affordable fashion and lounge wear line which would not pinch the pockets of a common man. Simultaneously, with the production of easy on the pockets clothing wear, Megha came up with the innovative idea of introducing face masks which were the need of the hour during the trying times. Surprisingly the revenues of her brand shot up 40% more than compared to the previous year and above that 'holiCHIC' built strong community and a much larger client base by expanding their social presence by 45%.
It was indeed a humongous task to sustain businesses in such times of distress, but Megha made it possible through her extraordinary survival instincts which made her brand achieve more success then ever.
Comments
Tags:
'holiCHIC fashion brand fashion designer Megha Rao
Comments
You might also like