Chinese conglomerate Huawei has reached a patent license agreement with a supplier of Volkswagen Group. According to reports, it was Luxembourg-based Rolling Wireless. 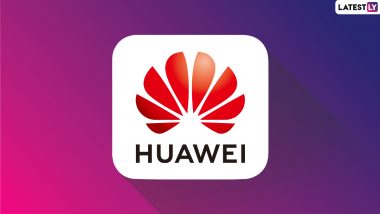 Shenzhen: Chinese conglomerate Huawei has reached a patent license agreement with a supplier of Volkswagen Group. According to reports, it was Luxembourg-based Rolling Wireless. Huawei expects more than 30 million vehicles to be licensed under its patents based on existing license agreements. Huawei Nova 8i With Quad Rear Cameras Launched; Check Price, Features & Specifications.

The deal covers 4G connectivity in the vehicles. The agreement includes a license under Huawei's 4G standard essential patents (SEPs), which covers Volkswagen vehicles equipped with wireless connectivity. This agreement marks Huawei's largest licensing deal in the automotive industry, the company said on a statement late on Wednesday.

"As an innovative company, we own a leading patent portfolio for wireless technologies, which creates great value for the automotive industry. We believe this license will benefit worldwide consumers with our advanced technology," said Song Liuping, Chief Legal Officer of Huawei.

Over the past 20 years, Huawei has entered into more than 100 patent license agreements with major global companies across Europe, the US, Japan, and South Korea. After facing US sanctions, the company has said it needs to diversify in order to reverse a revenue decline. In April, the company reported first quarter sales were down 16.5 per cent, largely because Huawei sold off its Honor smartphone brand.

(The above story first appeared on LatestLY on Jul 08, 2021 02:15 PM IST. For more news and updates on politics, world, sports, entertainment and lifestyle, log on to our website latestly.com).