Kody White: A Young Entrepreneur Providing Income-Earning Opportunities to Others with His Cash Cow YouTube Channels

Helping you earn from YouTube by making cash cow channels, White is setting all the right examples to help you reach different realms in the online world 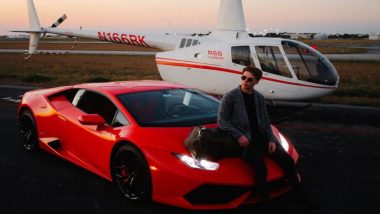 Helping you earn from YouTube by making cash cow channels, White is setting all the right examples to help you reach different realms in the online world.

Nobody can deny the fact that YouTube still is the best medium to earn passive money online & this is the basic reason why nobody is going to stop watching videos. People even watch videos while they lay in bed while working in the kitchen or doing any other task. And, most importantly, many watch videos on YouTube to earn money, so cash cow YouTube channels provide people with different videos & help them in making some money while the owners of these channels make the most of money by gaining the amount of viewership from these videos, the number of shares, likes, etc. Kody White is one such young entrepreneur from Avondale, Arizona, USA, only 20 years of age who has created multiple cash cow YouTube channels till now to teach people how they can create such channels of their own & make money out of it.

White always saw YouTube as a career & had decided that he would start working towards this goal very early. Hence, he started working at the age of 14, where he made gaming videos for fun. However, in the beginning, no one really supported White's dream saying YouTube can't give a career & he was forced to work at taco bell at the age of 16, but soon he realised this was not the life he ever wanted. While working as a dishwasher as well when he was 14 years old, he had saved up money for purchasing an Elgato Capture Card which made him start his gaming videos. This made him realise that he can grow his business exponentially on YouTube.

At the age of 15, he started with cash cow YouTube channels. However in 2016, his channels gradually succeeded & over the course, White learned a lot of tactics & working methods which he started to apply to other channels as well. After gaining an outstanding response from viewers on YouTube, he gained thousands of dollars in this business & this encouraged him to start many other cash cow channels as well. Every month he doubled his profits with his channels on YouTube. And in 2019 he launched his YouTube channel YTMoney. And, this channel of White acted as a course for budding entrepreneurs to build their cash cow channels.

White started YTMoney with the aim to expand his business as well as grow his client's channel to earn at least $10K a month. And guess what? White actually fulfilled his dream & climbed up the ladder making $100,000 a month. Today his top client is already making $60,000 per month.

White believes that one can gain a strong customer base for the online medium when they provide upfront value, show results & also prove their mettle in the market by leading the industry. Thanks to people like White who send out a message to the world that success doesn’t depend on only conventional ways of earning, it depends on the beliefs of a person & his/her skills to transform an online medium like YouTube as a channel for earning money by providing a career.