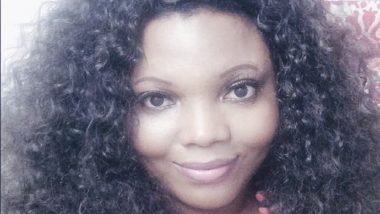 The 31 year old princess, a member of the tribal four royal houses of The Ijesha Monarch amongst which accession to the throne is rotated is the great grand-daughter of the Owa of Ilesa, the King of the Ilesa historic kingdom, Ijesha land in South West Nigeria, Africa. Her great grand father king Owa Ajimoko II "Fidipote" ruled from 10 Sep 1942 - 18 Oct 1956 and as ascension to the throne is rotational, her family membetrs have subsequently emerged kings of this yoruba tribe township up till date.

She has a millitary background and was raised and educated by her grand-father who is a top Nigerian Millitary General, RTD. Brigadier General Samuel Femi Daramola and held the position of the Commandant of the Nigerian Army School of Infantry in the Nigeria Defence Academy until his retirement. Her maternal side are notable for their years of trade in the fashion industry and own the 'House of Wealth' company in Nigeria which is the family fashion business.

She attended the London School of Journalism and graduated in with honours in Business from The University of Greenwich in the United Kingdom. Ayo Mary Laurent has appeared on BBC TV series [Asylum (BBC TV series) Asylum] where she played the role of an Ambassador's guest. She has also appeared on Sky 1 HD Drama Series (Agatha Raisin). She later directed the short film "To be famous'' and co-directed the short film "Mother'' which premiered at The British Film lnstitute in London, United Kingdom.

(The above story first appeared on LatestLY on Oct 15, 2020 11:17 AM IST. For more news and updates on politics, world, sports, entertainment and lifestyle, log on to our website latestly.com).