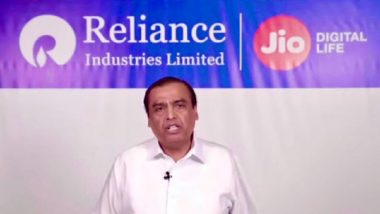 Reliance is in the early stages of exploring the feasibility of an offer for the Boots chain, the people said, asking not to be identified discussing confidential information. Mukesh Ambani Overtakes Gautam Adani To Become Asia's Richest Person Again.

Ambani, one of India's richest men, is in the midst of pivoting his traditionally refining-focused conglomerate toward businesses that will better help him tap India's billion-plus consumers. He's also been chasing deals in Europe, including in the telecoms sector, the report said. Boots could be valued at as much as 7 billion pounds ($9.1 billion) in a sale, Bloomberg News reported previously.

Deliberations are ongoing and there's no certainty Reliance will decide to pursue an approach for Boots, according to the people. A representative for Walgreens declined to comment, while a spokesperson for Reliance couldn't immediately be reached for comment outside regular business hours in Mumbai.

Shares of Walgreens, which also owns Duane Reade and Mexico's Benavides, were up 1.8 per cent at 1.38 p.m., valuing the Deerfield, Illinois-based business at almost $39 billion.

Walgreens kicked off the sale of Boots earlier this year. It's drawn interest from private equity firms including Apollo Global Management Inc. and TDR Capital. It also attracted Bain Capital and CVC Capital Partners, who teamed up and were considered early favorites before abandoning their pursuit, Bloomberg reported.

(The above story first appeared on LatestLY on Apr 14, 2022 02:30 PM IST. For more news and updates on politics, world, sports, entertainment and lifestyle, log on to our website latestly.com).