If you are an ardent cricket+movie fan, you must have probably watched at least three of these cinematic pieces! 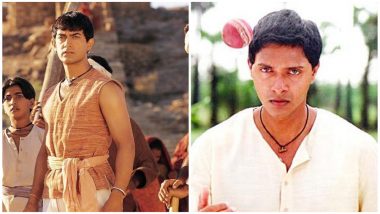 As India gears up for the ICC Cricket World Cup 2019, the hopes and hype are high. The desi people have always been super emotional and united about two things-movies and cricket. We are known to bond over these or argue over them. Then there are movies based on cricket which takes the fandom to the peak. Bollywood knows this well and so, the makers smartly created an amalgamation of this sport with cinema. While some of them fared well, others just could not be digested by the fans. World Cup 2019: Ranveer Singh's '83, Sonam Kapoor's The Zoya Factor - Upcoming Movies for the Cricket Lover in You.

Well, here, we are not talking about the films that did not down well with the audience. We would rather take a look at those few good films that B-town makers churned out for the love of cricket and managed to impress the movie critics. If you are an ardent cricket+movie fan, you must have probably watched at least three of these cinematic pieces. Check them out.

Lagaan (2001)- This Oscar-nominated film starring Aamir Khan in the lead was hardly missed by anyone. Blessed with melodious AR Rahman music and Ashutosh Gowariker's direction, the cricket match between the village people vs the British was the ultimate visual treat.

Iqbal (2005)- Starring Shreyas Talpade and Naseeruddin Shah in the lead, the film is easily one of the best Bollywood films ever made. Directed by Nagesh Kukunoor, the film is based on a deaf and mute boy who struggles and ultimately plays for Indian Cricket Team. The movie received the National Film Award for Best Film on Other Social Issues.

Kai Po Che! (2013)- The film by Abhishek Kapoor based on Chetan Bhagat's Three Mistakes of Life, was a hit amongst the youngsters. Starring Sushant Singh Rajput, Amit Sadh and Rajkummar Rao in the lead, this movie had a major part dedicated to cricket sport. Sushant aka Ishaan played the role of an ex-district level cricketer who later turned into a coach for children.

M.S. Dhoni: The Untold Story (2016)- Fans of Indian cricketer Mahendra Singh Dhoni were all over the moon to see his life chronicled on the silver screen. Sushant Singh Rajput was seen as Mahi. The film took the audience through his personal life as well as his journey to being in the Indian cricket team.

Sachin: A Billion Dreams (2017)- Last but not least, this movie deserves a mention in this list. Although not a typical Bollywood movie, the James Erskine directed docudrama-biographical film was an insight into the life of 'God of Cricket', Sachin Tendulkar. Like the title suggests, billions of youngsters dreamt of being Sachin and watching his journey on the big screen was like the peak of happiness.

Indian crowd was, is and will always be obsessed with the sport. So, you can totally bet on the fact that there will be more movies made on the theme of cricket. For now, we wait eagerly for the next big movie on it namely Ranveer Singh's '83. Tell us your pick!

(The above story first appeared on LatestLY on May 28, 2019 04:53 PM IST. For more news and updates on politics, world, sports, entertainment and lifestyle, log on to our website latestly.com).