Abhishek Banerjee says being an actor helps him understand characters, acting and the brief of a director. In turn, it is something that helps him in his other calling -- that of a casting director. 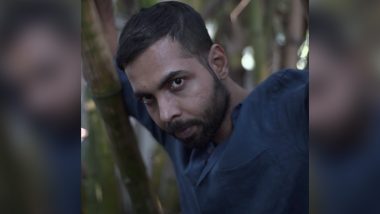 Abhishek has been in the industry for almost a decade now and has worked in films such as "No One Killed Jessica", "Phillauri", "Dream Girl", "Stree" and "Bala". Last year, his role of the killer Hathoda Tyagi in the web series "Paatal Lok" won him special acclaim. He has also excelled with his performances in "Mirzapur" season one and the web film "Unpaused" in the digital space. Abhishek also garnered attention essaying a brutal role in Devashish Makhija's 2017 release, "Ajji". Pataal Lok’s Abhishek Banerjee Believes Casting Played a Part in Changing the Face of Our Cinema

Does he feel the character Hathoda Tyagi helped him break his image? "It was quite unexpected because after 'Ajji', funnily I thought I was going to get these roles, but then 'Stree' happened and I was only getting comedy. So, I was wondering, 'I can do various shades but when will I get the opportunity?'" said Abhishek.

"Then Hathoda Tyagi came and I completely ignored (it). It was not planned, but then when I got the part within a week of staying with the character, I knew this was the one I really had to perform because this was the one that would make people believe that I can do other parts. That's what I always wanted," said the actor, who has been nominated for the Best Supporting Actor in the Critics' Choice Awards.

(The above story first appeared on LatestLY on Feb 07, 2021 10:31 PM IST. For more news and updates on politics, world, sports, entertainment and lifestyle, log on to our website latestly.com).