Alia Bhatt Pens a Heartfelt Note for Masterji Saroj Khan, Shares Details of Interaction on the Sets of Kalank

Saroj Khan, who is fondly called as Masterji, passed away due to cardiac arrest on July 3. She will always be remembered for her graceful dance moves and expressions. 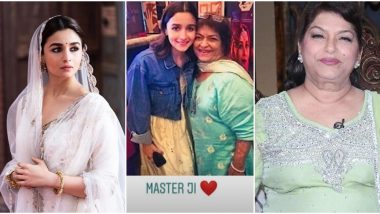 Saroj Khan, who is fondly called as Masterji, passed away due to cardiac arrest on July 3. The members of the Indian Cinema are left heartbroken to know about the loss of the legendary choreographer. Aged 71, she has worked with some the leading celebs of Bollywood. Her last work was for the film Kalank, in which Alia Bhatt, Madhuri Dixit Nene, Aditya Roy Kapur, Sanjay Dutt and Sonakshi Sinha played the lead. The last song choreographed by Sarojji was “Tabaah Ho Gaye” that was picturised on Madhuri. Aditi Rao Hydari Shares a Post for Saroj Khan, Who Worked with the Actress in Her Tamil Debut Sringaram.

Alia Bhatt has penned a heartfelt note and shared her fond memory with Masterji Saroj Khan on the sets of Kalank. In the posts Alia has mentioned what the legendary choreographer told her after seeing her dance. Alia wrote, “Saroj ji was magic, she created magic! I will never forget our interaction on the sets of Kalank. ‘You dance very well’, she said to me, ‘but come spend time with me and I’ll teach you how to dance with your eyes’. Thank you Sarojji for giving so much to the world of dance, movies, and memories that we, you fans, will cherish forever.” Saroj Khan Death: Late Bollywood Choreographer's Family Releases Statement Saying 'Due to COVID-19 Situation There Will Be No Prayer Meet'. 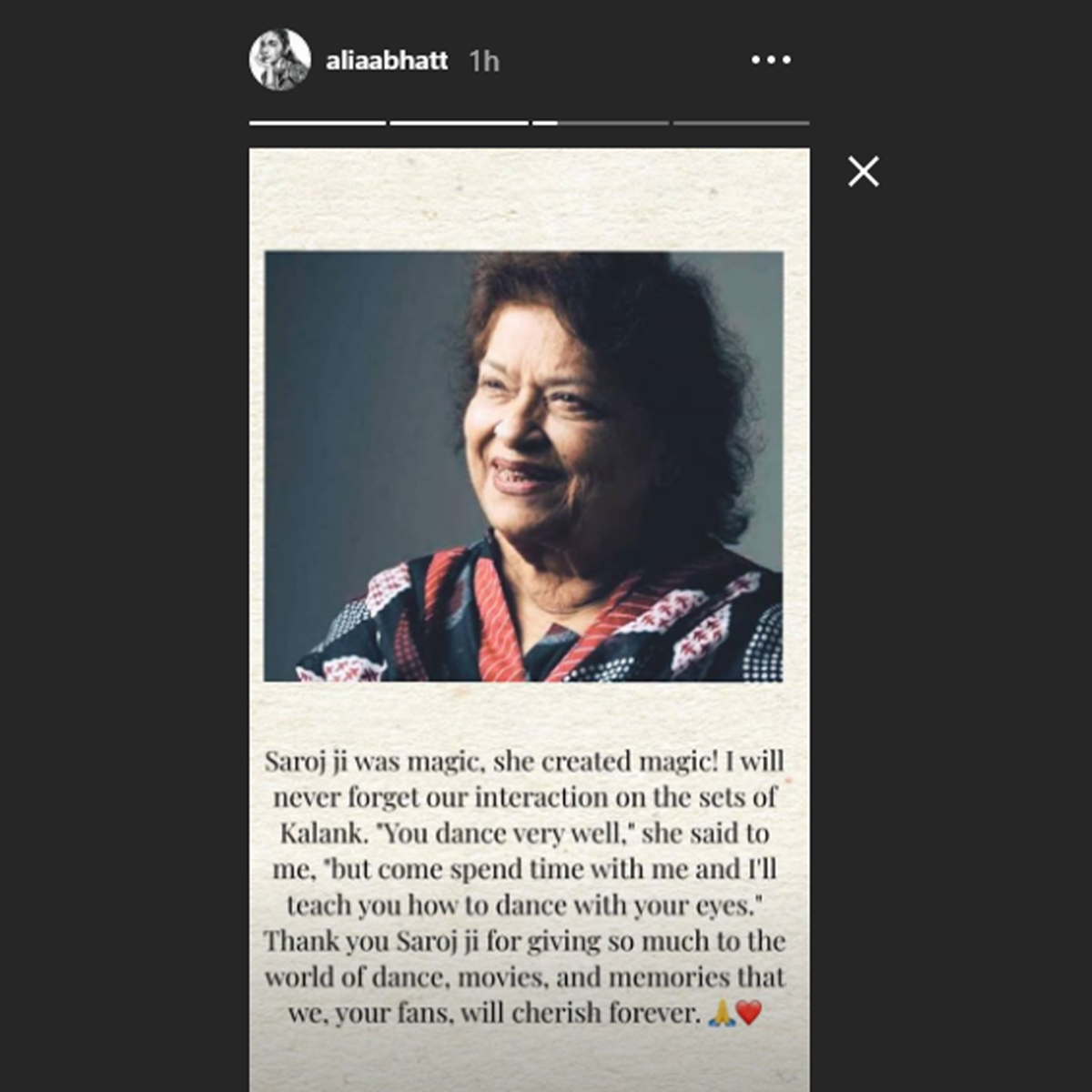 Alia Bhatt With The Legendary Choreographer Of Indian Cinema 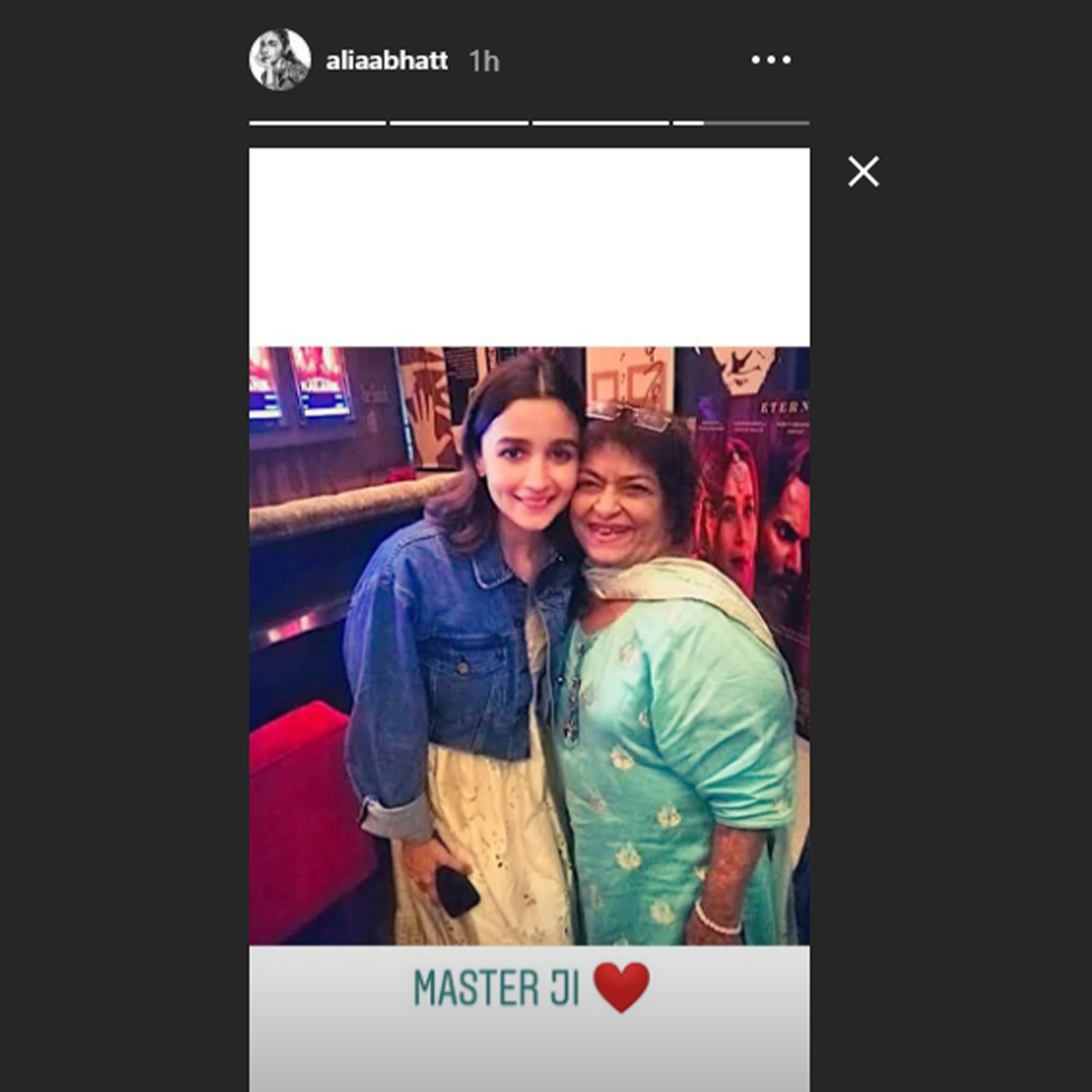 Saroj Khan will always be remembered for her graceful dance moves and expressions. She has won three National Film Awards for Best Choreography. Sarojji’s contribution to the world of cinema will always be cherished. RIP, Saroj Khan!

(The above story first appeared on LatestLY on Jul 03, 2020 04:37 PM IST. For more news and updates on politics, world, sports, entertainment and lifestyle, log on to our website latestly.com).