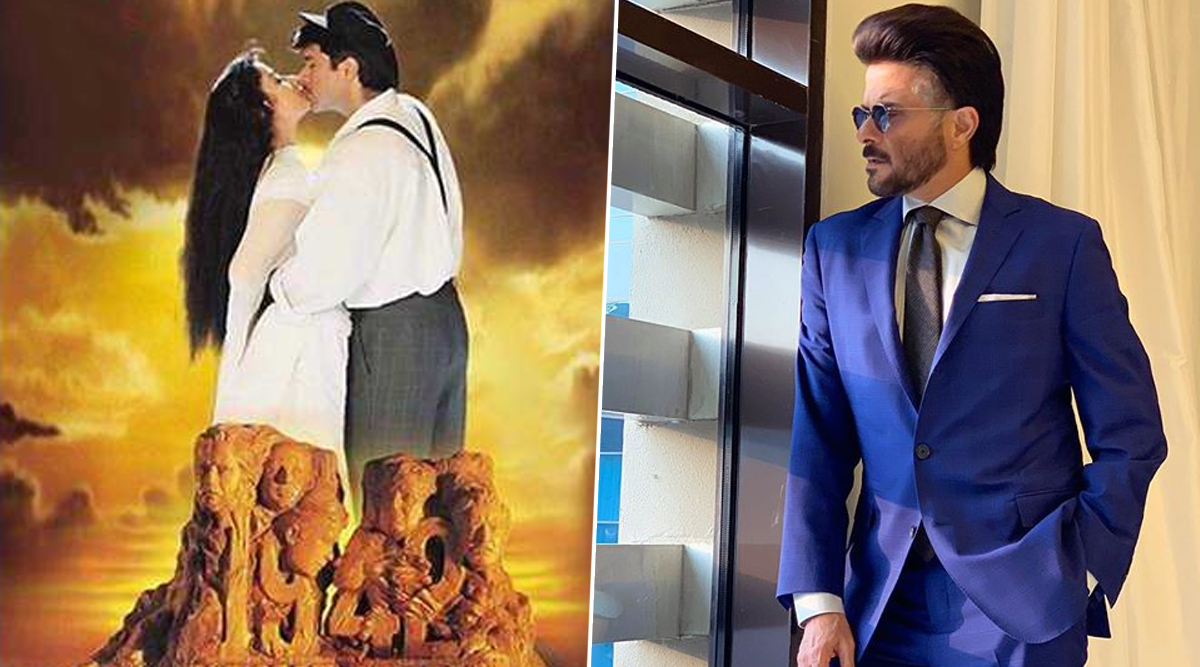 1942: A Love Story is undoubtedly one of the finest films in Anil Kapoors career. Vidhu Vinod Chopra's 1994 release is still remembered for the unforgettable romantic songs RD Burman composed for the film. However, not many know that Anil Kapoor had initially refused to do the film. During an interaction with IANS, Anil revealed why he had reservations about signing Chopra's ambitious project, to begin with. " '1942: A Love Story' was the only love story I did. I was very uncomfortable. Initially, I refused to do the film. I told them clearly that I wouldn't be able to do such a role," he recalled. Pagalpanti: John Abraham, Ileana D’Cruz, Anil Kapoor and others Celebrate Halloween via These New Posters – Check Out

He added: "I even suggested Aamir Khan and Bobby Deol for the role. I asked them, from which angle do I look romantic? I was already a father of three kids at that time. But they convinced me. Today I feel good that I did it. I worked really hard, lost weight, cut my hair, trimmed my moustache, and worked on my costume to create the character. It was one of my most romantic films ever made. It had beautiful songs like 'Ek ladki ko dekha toh aisa lagaa', 'Kuch na kaho' and 'Rim jhim', which people remember till date. Now when I see the film, I can't imagine anybody else doing that role." Diwali 2019: Anil Kapoor Personally Serving Meethai to the Photographers Outside His Residence Will Make You Say ‘Ekdum Jhakaas’! (View Pics)

The 62-year-old actor who has spent over four decades in the film industry, recalled how he has seen things change over time and how he has adapted to the changes. "Today I can connect with people. There was a time when I tried to go with the flow. I adapted to the kind of films that were happening, and the filmmakers. There was a patch when the films being made catered to the Indian diaspora -- films with songs, family and a wedding, being shot in America and London. (It was) The world that started with Sooraj (Barjatya), then Adi (Aditya Chopra), then Karan (Johar).

I was a misfit in that world. Still, I did films like 'Hamara Dil Aapke Paas Hai' (2000) and 'Hum Aapke Dil Mein Rehte Hain' (1999) and they became successful. Before that, I did strong and macho characters in films like Ram Lakhan'(1989), Rakhwala (1989) and Kishen Kanhaiya (1990). Then, suddenly when soft films started happening, I was like, how do I fit myself in these? 1942: A Love Story was the only love story I did," he recalled.

Talking about his recent and upcoming films, the actor added: "I feel I can relate to the kind of films that are being made now -- like 'Dil Dhadakne Do', in which I worked with Zoya (Akhtar). I am doing my first historical film with Karan (Johar), called 'Takht'. I haven't done a film like that before and I think it will be fun."Anil's next release is the slapstick Pagalpanti, directed by Anees Bazme, with whom he has in the past worked in No Entry, Welcome, No Problem, Welcome Back and Mubarakan.

"I have lost count, actually, on the number of collaborations I've had, with Anees as a writer and as a director. The first time he said cut and action was during the shoot of a film he was not directing, but he came as a guest director. After that we have done quite a bit of work together. Hopefully, there will be many more collaborations together," said Anil.

The actor says comedy as a genre is quite difficult. "Working in a comedy might appear as fun but it is not. In between shots there were times when we had a lot of fun, but it takes a lot of effort to make people laugh. It is a very taxing and serious job. It is very important to get the timing correct. In fact, other genres give you more time to have fun during the shoot. You have to concentrate and think a lot before doing a shot. If you are unable to concentrate, then you will not get your timing correct. There are times when we feel that we have done a scene correctly, but the audience is unable to connect with it. Your hard work goes in vain if the timing is not correct. Coordination and understanding between actors is very important. It is like a jugalbandi," he says.