As the versatile actor, Atul Kulkarni celebrates her 56th birthday on September 10, we list five of his best roles in Bollywood that need your attention now. Read on! 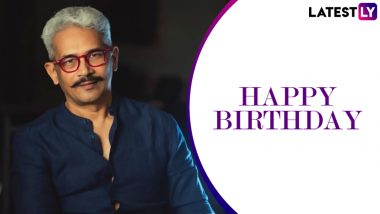 There are actors and then there are performers who evoke strong emotion in you when you watch them on screen. Marathi and Hindi film industry’s well-known star, Atul Kulkarni is a blend of both. He is a superb actor-performer, and his work portfolio is enough proof of the same. He is popularly known for his outstanding work and diverse roles. He started off as a stage artist, and later debuted with a Marathi film. However, he has also played some intense and worth admiring roles in Bollywood that have been fan favourites. So on his 56th birthday today (September 10), we list five of his best roles from Bollywood that impressed the Hindi audience. Actor Atul Kulkarni Feels Great Films Are All About Teamwork.

This classic was Atul Kulkarni’s first Hindi movie. Starting Kamal Haasan, Kulkarni played the role of Shriram Abhayankar and nailed the act. From the dialogue delivery to his screen presence, he proved he’s here to stay. He also won his first National Award as the Best Supporting Actor for this movie.

Helmed by Madhur Bhandarkar, this one saw Tabu and Atul Kulkarni in key roles. The actor portrayed the role of a gangster named Pottya Sawant in the film who eventually gets killed, but even with less screen time, he did deliver a winning performance. He also won a National Award for this movie.

Madhur Bhandarkar surely got the best out of Atul Kulkarni. As the direct-actor duo once again teamed up with Satta. Though it was a woman-centric film, we cannot ignore that Kulkarni was damn good in the movie. He played a politician and Raveena Tandon's love interest. Faraar Kab Tak: Atul Kulkarni Hopes Viewers Learn From His New Crime Show on Ishara TV.

Atul Kulkarni plays the role of a crime reporter, Vinayak Mane in this flick. Right from being a strong support to Konkana Sen Sharma to playing his character with finesse, he leaves an impact in the minds of the audience. A must-watch movie!

Atul Kulkarni was gutsy, daring, and up to the mark in this film. He essayed the role of Lakshman Pandey (Ramprasad Bismil) who turns from a blind bhakt to a true revolutionary. Amazing is the word!

That’s it, guys! These are some of the top Bollywood roles of the brilliant actor. Ahead in his career, he was also seen in Delhi 6, Manikarnika, and more, which grabbed attention. Team LatestLY wishes Atul Kulkarni a very happy birthday. Stay tuned!

(The above story first appeared on LatestLY on Sep 10, 2021 08:21 AM IST. For more news and updates on politics, world, sports, entertainment and lifestyle, log on to our website latestly.com).