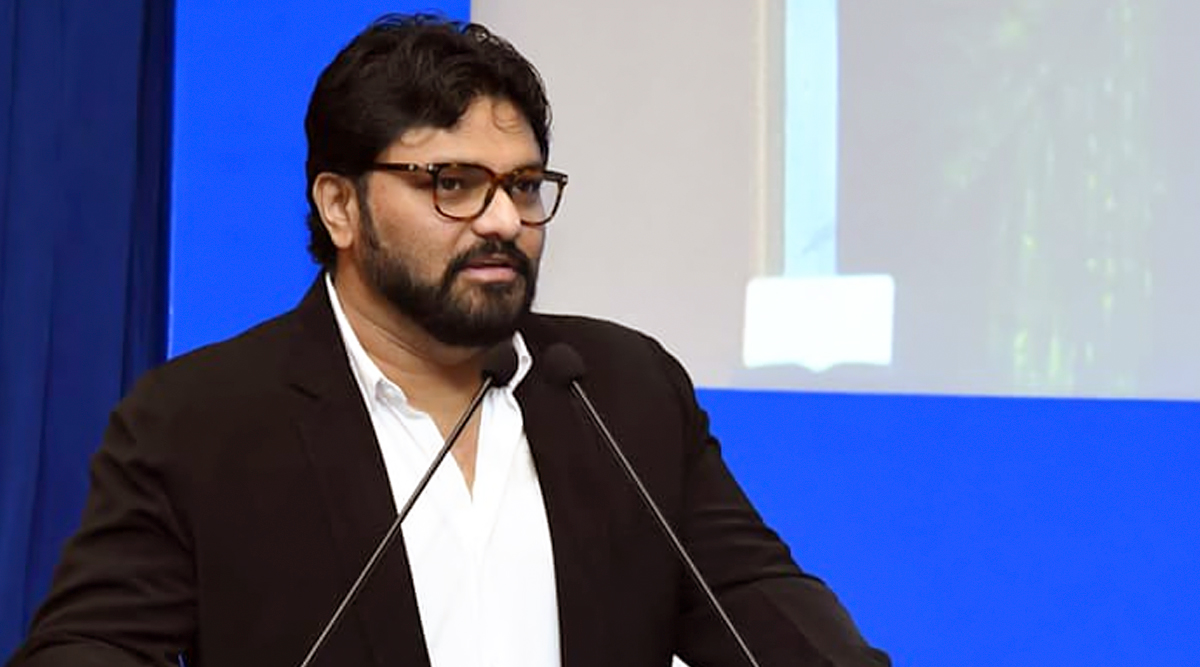 A new platform aiming to bring under one umbrella the various organisations of Bengali film artistes and technicians loyal to the saffron camp, has been launched here. Christened 'Khola Hawa', the platform which was unveiled on Thursday, is led by singer-actor and Union Minister Babul Supriyo, who claimed the motive was to "free the Bengali art industry from 'suppression'". Ranu Mondal Biopic: National Award-winning Bengali actress Sudipta Chakraborty to play the Internet Sensation on-screen.

While Supriyo is the president, fashion designer Agnimitra Paul has been nominated vice-president of the new body. BJP Rajya Sabha member and noted journalist Swapan Dasgupta were present at the media meet. "The artistes and technicians of the Tollygunge (Bengali) film industry are feeling suffocated in the present environment. They are facing suppression," alleged Supriyo, who said the name "Khola Hawa" is inspired by a popular song of Rabindranath Tagore. Durga Puja 2019: TMC MPs Nusrat Jahan, Mimi Chakraborty Match Steps With Bengali Actress Subhashree Ganguly As They Pay Tribute to Maa Durga (Watch Video)

Questioning the politicisation of the Bengali film industry, he also spoke out against the culture of Chief Minister Mamata Banerjee intervening in every issue. "Bengali films are not getting theatres to reach out to the audience.We see a superstar MP is speaking on it. He says he has spoken to the Chief Minister. Why should the CM intervene on such issues? Shouldn't the producers and directors sit and solve it?"

"Why should everything be politicised? There is a question mark on independent filmmaking. Such a question shouldn't come up in a democracy. So we are creating this unit, on the 200th birthday of Ishwar Chandra Vidyasagar. "In Bombay, the producers and directors have the independence to decide how many technicians they will take with them to shoot abroad. There, you will never hear about the (Maharashtra CM Devendra) Fadnavis sitting at a film meet," he said,

Asked whether or not Khola Hawa was also a political unit, Supriyo said: "We are from a particular political party (BJP). Only time will say if this is a political unit or not. But our aim is to free the film industry of the culture of 'their way or highway'." However, there was also a discordant note, as actror-turned BJP MP from Hooghly Locket Chatterjee was conspicuous by her absence at the launch media meet despite her name figuring in the invite.

"Swapan Dasgupta and I, we have spoken to everybody we needed to talk to, including Locket Chatterjee," the Minister said. Earlier this year, two pro-BJP organisations -- Bangiya Chalachchitra Parishad (BCP) and Eastern India Motion Pictures and Cultural Confederation (EIMPCC) -- were formed for the Bengali film and television industry. While BCP was launched by veteran actor Biswajit Chatterjee, with Chatterjee as an advisor, EIMPCC came into the public domain in the presence of BJP state unit president and Midnapore MP Dilip Ghosh.