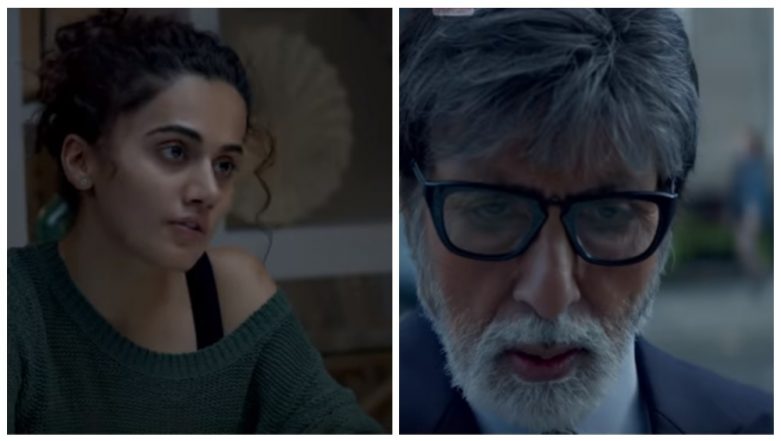 Sujosh Ghosh's latest directorial venture Badla is currently dominating the Indian box office. The crime thriller, starring Amitabh Bachchan and Taapsee Pannu in the lead, has been minting money non-stop since day 1. Considering that two powerhouse performers have come together for the film, its not surprising that the audiences are thronging the theatres to watch their latest offering. Badla released on March 8 and not only opened to rave reviews but also took a good opening at the ticket windows after a slow start. And now Big B and Taapsee starrer is all set to surpass the lifetime collection of Pink, which was their first film together. Badla Box Office Collection Day 10: Amitabh Bachchan and Taapsee Pannu Starrer Mints More Money Than Captain Marvel Over the Weekend, Grosses Rs 66.90 Crore.