Can Arjun Kapoor do Justice to Hindi Remake of Nivin Pauly’s Premam? 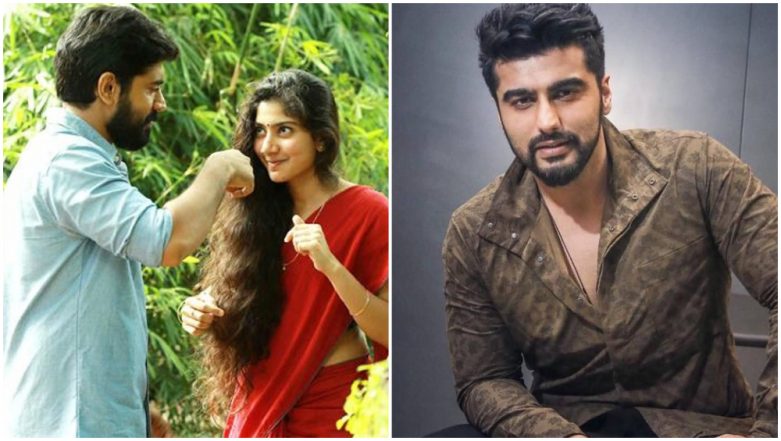 Remakes are the new cool in Bollywood. But not all remakes can hit the right chords. Some iconic actors and movies are called ‘iconic’ for a reason. However, filmmakers in B-town love to experiment with blockbuster South films. Here comes another such remake. Arjun Kapoor might be seen in the Hindi remake of Malayalam superhit film ‘Premam’ starring Nivin Pauly. The film became a rage for its love story, leading ladies, music and of course NIVIN Pauly. Now, Kedarnath director Abhishek Kapoor has taken upon himself to give the similar experience to Bollywood fans.

As per the latest report in Midday, the Ishaqzaade actor is quite excited to step into the lead character’s shoes. The makers think that Arjun might fit perfectly in the love story that traces the person’s love life from adolescence to old age. The female leads are yet to get finalized. The flick was also remade in Telugu version that starred Naga Chaitanya in the lead. The original film was directed by Alphonse Puthren that also starred film stars Nivin Pauly, Madonna Sebastian, Sai Pallavi, and Anupama Parameswaran in the lead roles.

Meanwhile, there were speculations that the 2 States actor will also be seen in the Hindi remake of Arjun Reddy. However, the latest reports suggest that it is Shahid Kapoor who has been now chosen for the same. On other fronts, Kapoor will be seen in ‘Namaste England’ and ‘Sandeep Aur Pinky Farar’. Coming back to Premam, do you think Arjun will create the same magic as of Nivin? Post your thoughts in the comments section below.