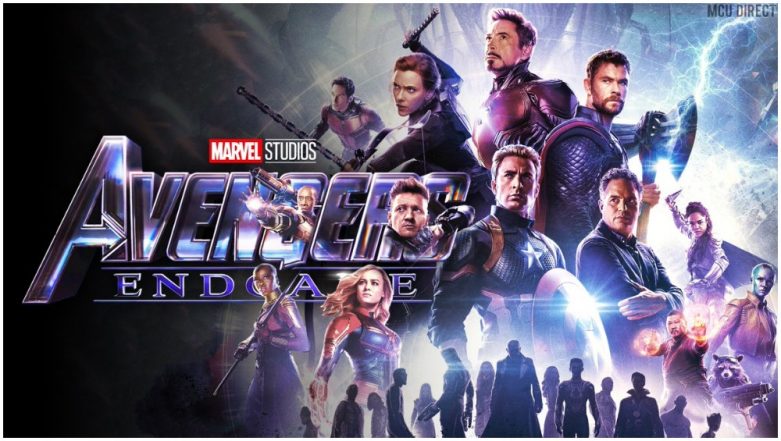 That Avengers Endgame has set the Indian box office on fire is no news. In fact, the superhero film is creating ripples across the globe with its performance at the ticket windows. In India, the film which is directed by Russo Brothers arrived on Friday, April 26 and got off to a flying start. By the end of day 1, Endgame created history as it became the biggest Hollywood opener ever and also broke the opening day record of Thugs Of Hindostan by minting Rs 53.10 crore. On day 2, the Marvel film continued its terrific run and entered the Rs 100 crore club by raking in Rs 51.40 crore. With the film hitting a century in just two days, it left behind quite a few Bollywood biggies in the box office race. So let's take a look at them! Avengers Endgame Box Collection Day 2: The Marvel Superhero Film Enters the Rs 100 Crore Club, Is All Set to Record the Highest Opening Weekend Ever

This Salman Khan starrer released in 2016 and immediately stormed the domestic box office in India. Bhai's performance wowed the audience big time and that showed in its box office figures as well. Bajrangi Bhaijaan, directed by Kabir Khan, earned Rs 102.60 crore but in the first three days, unlike Endgame which has done it in just two days.

Another Salman starrer that Avengers: Endgame left behind is Sultan. Directed by Ali Abbas Zafar, the film arrived in theatres on July 6, 2016, and got cash registers ringing. Like Bajrangi Bhaijaan, this one too entered the Rs 100 crore club in the opening weekend itself.

Aamir Khan's blockbuster is also on this list. The Nitesh Tiwari directorial venture turned out to be a big money spinner not just in India but abroad as well. However, Dangal also took three days to surpass the Rs 100 crore mark. Avengers Endgame: 8 Box Office Records Already Broken by The Marvel Film Worldwide

Baahulabi 2 is the highest grossing Indian film to date. And yes, it did cross the Rs 100 crore mark on the first day itself. However, the Hindi version of Baahubali 2: The Conclusion had minted only Rs 81 crore in the first two days. So that way, Avengers: Endgame has left Baahubali 2 (Hindi) behind in the box office race as well.

This action thriller, also starring Salman Khan alongside Katrina Kaif, was a huge hit in India. The film, directed by Ali Abbas Zafar, released on December 22, 2017. As expected, it fared exceptionally well at the ticket windows in India and quickly entered the coveted Rs 100 crore club. But the film still took three days to do so and hence Endgame has beaten this film too.