The Delhi High Court has asked the news channels named in the lawsuit filed by 38 Bollywood production houses to ensure that no defamatory content is displayed anywhere from the TV channel to social media. 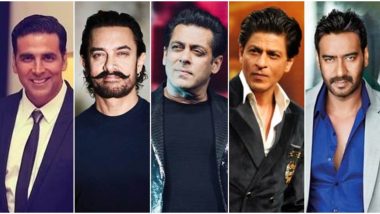 After months of defaming and blaming several Bollywood personalities in drug trafficking cases without concrete evidence, news channels including Republic and Times Now were dragged to court by 38 Bollywood production companies. The Delhi High Court today has asked the accused news channels to ensure that all the defamatory content against the complainants are not displayed anymore on their channels or social media handles, as per Bar and Bench. The court has set December 14 as the date for further hearing on the matter. #BollywoodStrikesBack: Production Houses Led by Akshay Kumar, Salman Khan, Shah Rukh Khan, Ajay Devgn, Karan Johar and 29 Others File Suit in Delhi HC Against Top Media Houses for Slandering Bollywood

Shah Rukh Khan, Aamir Khan, Akshay Kumar, Salman Khan and several others had filed a case against these news channels through their production houses. Their counsel Rajiv Nayar had culled out defamation, Breach of Right to Privacy, Jeopardising personal safety, injurious falsehood, Breach of Programme Code, and parallel investigations contrary to expectations of a fair trial as the six grounds in the lawsuit.

The court in the hearing cited the example of the manner of Princess Diana's death saying, as reported by Bar and Bench, "In the case of Princess Diana, she died because she was racing away from the media. You can't just go on like this. The Courts are the last ones to want to regulate." The matter was heard by justice Rajiv Sakdher today.

(The above story first appeared on LatestLY on Nov 09, 2020 01:44 PM IST. For more news and updates on politics, world, sports, entertainment and lifestyle, log on to our website latestly.com).