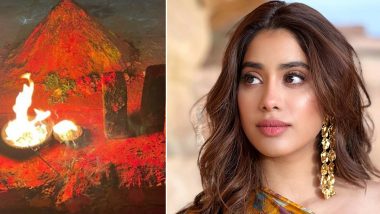 Film actor and late actress Sridevi's elder daughter Jahnavi Kapoor visited the famous hilltop shrine dedicated to Lord Venkateswara and offered prayers on Sunday. Jahnavi, who had visited Kedarnath shrine last month with her buddy Sara Ali Khan, was among the VIPs who availed of the 'break darshan'. Clad in a half-sari and jewellery traditionally worn by South Indian girls, the young actress, with her face covered by a mask, was the cynosure of all eyes. Janhvi Kapoor’s Stunning Velvet Kaftan Can Be Yours For Rs 17,900!

Accompanied by a friend, Jahnavi later received 'prasadam' and blessings from the priests at the Ranganayakulu mandap. The Tirumala temple located in Andhra Pradesh, attracts pilgrims from all over the world, and is also reputed to be the world's richest Hindu temple. Janhvi Kapoor Recreates Kareena Kapoor’s Iconic Poo Scene As Karan Johar’s K3G Turns 20! (Watch Video). 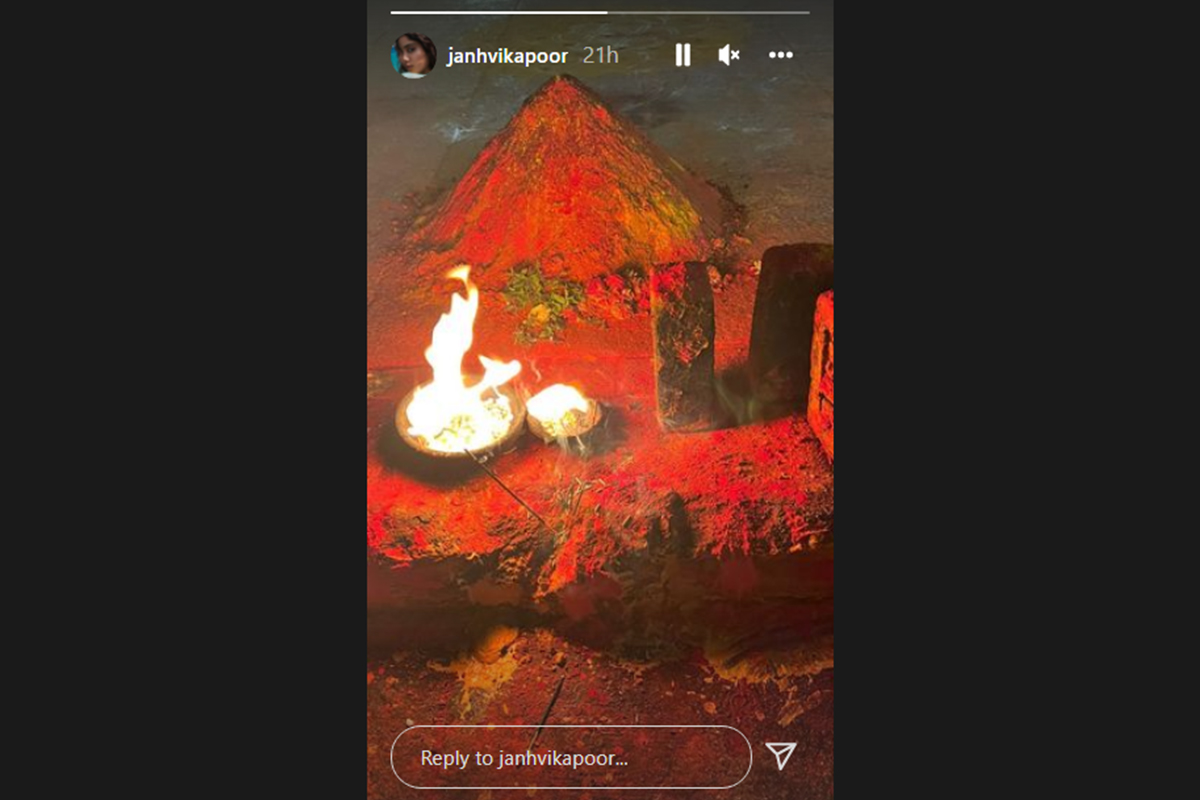 Jahnavi has three films scheduled for release in 2022. She has just completed shooting for 'Good Luck Jerry', a Hindi adaptation of the 2018 Tamil film 'Kolamavu Kokila', produced by Aanand L. Rai.

(The above story first appeared on LatestLY on Dec 26, 2021 05:26 PM IST. For more news and updates on politics, world, sports, entertainment and lifestyle, log on to our website latestly.com).