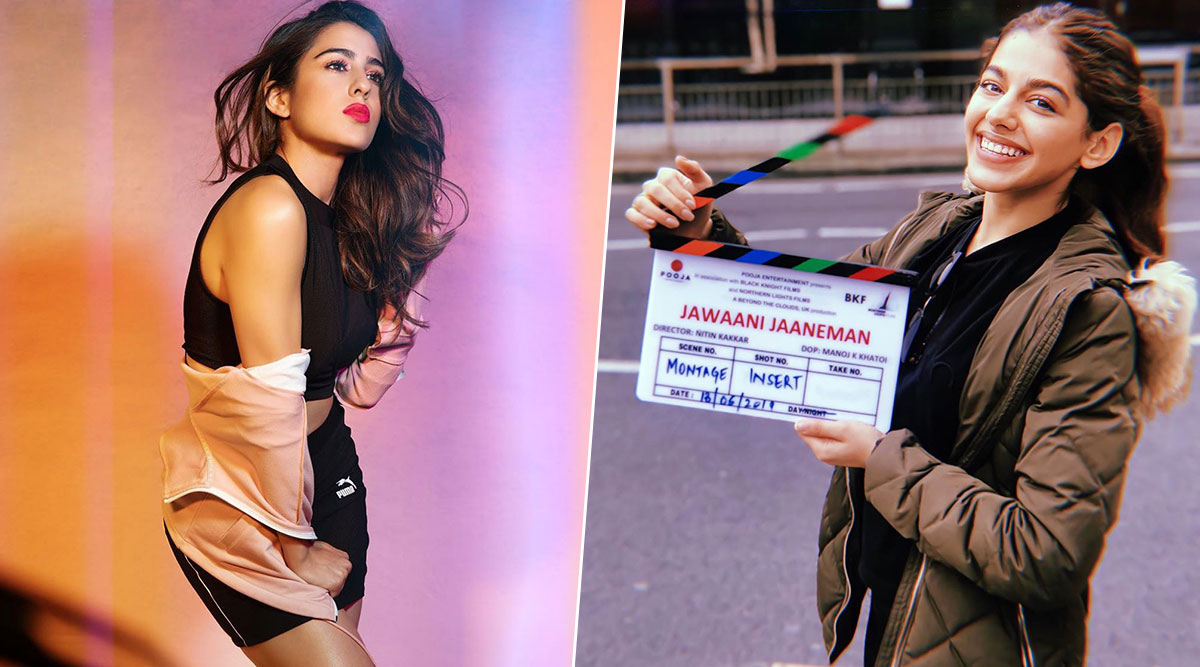 While most of the star kids took the Dharma Productions support for their career launch, Alaya Furniturewalla aka Alaya F chose a different path. Actress Pooja Bedi's daughter is making her Bollywood debut with Saif Ali Khan-Tabu starrer Jawaani Jaaneman. She will be seen playing Saif's onscreen daughter. But did you know that this opportunity came to Alaya only after passing by Saif's real life daughter, Sara Ali Khan? Yes, the Simmba actress was probably about to star in this film and not Alaya. Jawaani Jaaneman Song Gallan Kardi: Saif Ali Khan and Alaya F's Energetic Track Will Make You Go 'Oho!' (Watch Video).

In his recent chat with pinkvilla.com, the Tanhaji: The Unsung Warrior actor revealed, "Kedarnath was almost shelved and Sara didn't have any other film. So with Jawaani Jaaneman around, I asked her like a good daddy if she would like to do this. She had said yes. But then, Kedarnath was back on track and Simmba also fell into place."

For the uninitiated, Sara's debut had become shaky at a certain point after the makers of her now debut film Kedarnath went loggerheads. Karan Johar and Rohit Shetty meanwhile offered her a role in Simmba. However, later, the Kedarnath makers sorted out the differences and hence, Sara's debut sailed smoothly. On the other hand, she had already bagged her second film which was Simmba. Amid all this, Alaya got a chance to pave her way to tinsel town through this film and fans are already loving her onscreen presence. What could be a better example of the common notion that every film comes with its own fate!