Maniesh had joined the team of Jug Jugg Jeeyo back in November and only returned after the shoot was halted. A source close to the development revealed that a few days after his return to Mumbai, the actor developed a mild fever after which he got his tests done. The results came positive. 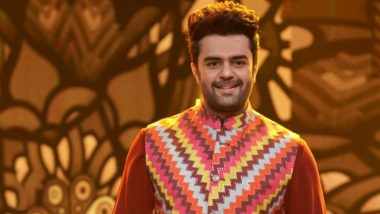 Trouble seems to increase for the crew of Jug Jugg Jeeyo as Maniesh Paul also has reportedly tested positive for the novel coronavirus. Last week, Neetu Kapoor and Varun Dhawan had tested Covid positive after which the shoot of the film was halted immediately. If the reports are to be believed, Varun has now secluded himself and is currently in isolation while it is said that Neetu Kapoor returned to Mumbai through an air ambulance which was arranged by his son Ranbir Kapoor. Film's director Raj Mehta has also tested positive for the virus. Jug Jugg Jeeyo: Anil Kapoor Back in Town As Crew Members Test COVID Positive, Neetu Kapoor to Fly Back to Mumbai via Air Ambulance?

Maniesh had joined the team of Jug Jugg Jeeyo back in November and only returned after the shoot was halted. A source close to the development revealed to TOI that a few days after his return to Mumbai, the actor developed a mild fever after which he got his tests done. The results came positive and now Maniesh is taking all necessary precautions to be safe. Anil Kapoor and Kiara Advani have tested negative for the deadly virus.

The Raj Mehta film marks Maniesh's first collaboration with filmmaker Karan Johar's Dharma Productions. Sharing the excitement to be a part of Jug Jugg Jeeyo, Maniesh had posted a picture with Varun and Raj from the sets of the film on his arrival. He captioned the image as, "My first day on my first with @dharmamovies. Super excited and thrilled to be sharing the screen with @anilskapoor sir @neetu54 ma'am @varundvn @kiaraaliaadvani @mostlysane directed by @raj_a_mehta paaji #mp #film #newproject #dharma #bollywood #fun #family." Jug Jugg Jeeyo: Maniesh Paul Joins Varun Dhawan, Kiara Advani’s Next.

Talking about Jug Jugg Jeeyo, the film also stars Youtube sensation, Prajakta Kohli, in a pivotal role. The film is said to be a family comedy in which we will get to see the fresh pair of Kiara and Varun as a married couple. The film is quite special for Neetu Singh as well as she will be returning on the screen after seven years. The film also marks Kiara's second collaboration with Raj Mehta who worked with the actress in Good Newzz.

(The above story first appeared on LatestLY on Dec 07, 2020 08:47 AM IST. For more news and updates on politics, world, sports, entertainment and lifestyle, log on to our website latestly.com).