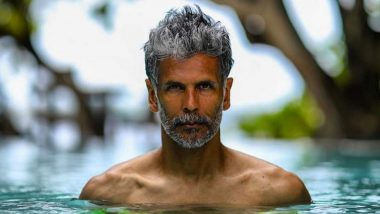 TikTok has the most number of users in India. As per a study conducted in June 2019, there were over 120 million monthly users of the video-sharing app in the country. TikTok was only getting a host of celebrities to agree to join the app, when things went off rails. Deepika Padukone, Sunny Leone and many others joined the app recently. But now, nationwide operations to ban the app are flourishing and how.

It was not just the YoutTube vs TikTolk fight that is adding to the downfall of the app in the country, but the app's Chinese origin is being blamed as well, and pretty openly. Milind Soman, the popular model, has quit TikTok, and has pushed for a ban on Chinese products in India.

Taking to Twitter, Miling shared a video of Sonam Wangchuk, and wrote, "Am no longer on tiktok. #BoycottChineseProducts (sic)"

Sonam Wangchul is the genius education reformer from Ladakh who inspired the movie 3 Idiots. In the longer version of his video, he said, "On one hand, our soldiers are fighting them and on the other hand, we buy Chinese hardware and use software like the TikTok app, we give them business worth crores so they can arm their soldiers to fight against us," he said.

"China's biggest fear today is its own people, its 140 crore population, who are treated like bonded labourers, without any human rights, and who make the government rich with their labour. After coronavirus, factories have been shut, exports are hit, there is rising unemployment. People are angry," he said.

"If 130 crore people of our country boycott Made in China goods and start a movement, it will have a worldwide effect. It will also help our own industry, our own workers," he explains.

Milind has a powerful voice on social media. He will influence many. Before Milind, TV actor Kushal Tandon had pushed for a ban on the TikTok, for it was a Chinese product. Kushal wrote, “While the whole world is f****d coz of China b**** ,but still guess what are Indians and many others are giving them the revenue from s*** #tik tok, while China made Tlk tok for people who were useless and who had nothing to do , and look at us all haha ,every one is in Tlk tok, ban Tlk tok proud of never using this shit Tik tok. Ban Tlk tok.”

(The above story first appeared on LatestLY on May 29, 2020 09:30 PM IST. For more news and updates on politics, world, sports, entertainment and lifestyle, log on to our website latestly.com).