Naseeruddin Shah Birthday Special: Our 10 Fave Performances of the Brilliant Actor That You Should Recap Once Again if You’re Tired of the Current Mediocrity!

Naseeruddin Shah, one of the greatest actors in Indian cinema... sorry, let's scratch that... World Cinema, is turning a glorious 70 on July 20, 2020. Here's LatestLY wishing the actor par excellence Many Many Happy Returns of the Day. 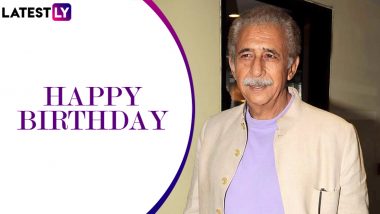 Naseeruddin Shah, one of the greatest actors in Indian cinema... sorry, let's scratch that... World Cinema, is turning a glorious 70 on July 20, 2020. Here's LatestLY wishing the actor par excellence Many Many Happy Returns of the Day, while also wishing that he appear in  more films. The artificiality of Bollywood cinema these days would only be reduced if actors like Shah appears in more films. Naseeruddin Shah Pens a Moving Tribute to Late Actor Irrfan Khan, Says ‘He Greatly Envied His Acting Chops’.

Naseeruddin Shah, a product of the National School of Drama, is the kind of performer for whom any genre, any role matters less, when he has this innate ability to shine in any of the characters. He could be a tragic figure, he could be a masala hero, he could be a scenery-chewing villain and he could be bumbling comedian. Shah could do justice to all characters. Thanks to working with great directors like Sai Paranjpye, Govind Nihalani, Shyam Benegal, Kundan Shah, Gulzar, in the '80s, Shah has been a part of some amazing movies that stand the test of the time. He has also won National Award for his performances three times, though, considering how incredible he has been in many more films, that number is less. Naseeruddin Shah Reveals His Lockdown TIme is Spent From Cooking to Reading Shakespeare.

So on the occasion of his 70th birthday, we have listed 10 of our favourite performances of Shah, in no particular order. Like with his National Award wins, even ten is miniscule of a number when it comes to listing his great acts, so please feel free to mention your fave Naseeruddin Shah performance not in this list, in the comment section below. In this Sai Paranjpye classic, Shah plays a visually impaired man who falls for a widow teaching at the school for blind, played gracefully by Shabana Azmi. Their romance has its ups and downs, as Naseer's character grapples with confusion about whether the attention he is getting from the woman is of love or pity. 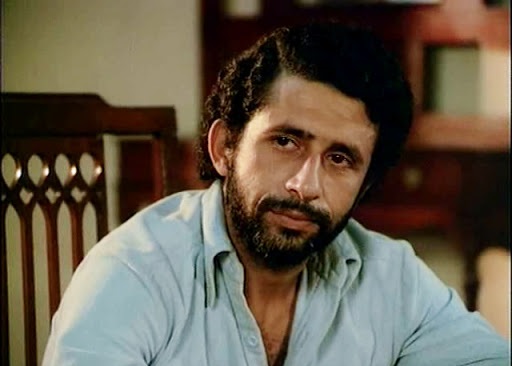 This Gulzar movie was our Marriage Story, made back in '80s. It sensitively shows the crumbling of a happy marriage, when the husband couldn't get of his past and the illusion of what could have been. Naseeruddin Shah gives a wonderful performance as a man who tragically suffocates his own marital bliss, in seeking a happiness he could never have had. 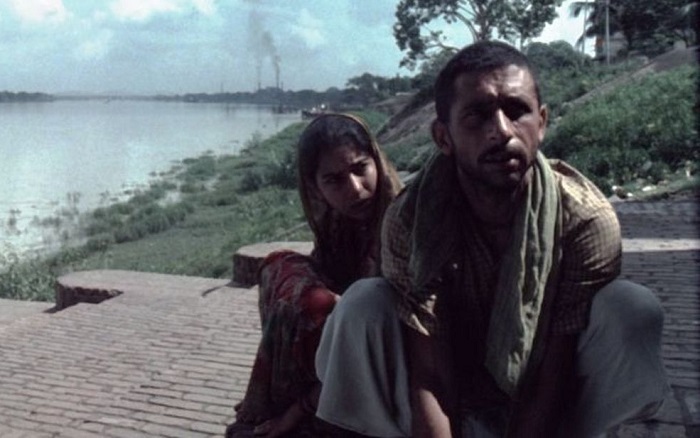 One of the most heartbreaking portrayals by the actor, Goutam Ghose's Paar has Shah play a poor village labourer who goes down the revenge path against a powerful landlord. However, the tussle with the powerful puts him and his pregnant wife, played by Shabana Azmi, on the run. Both Shah and Azmi won National Awards for their performances in the film. 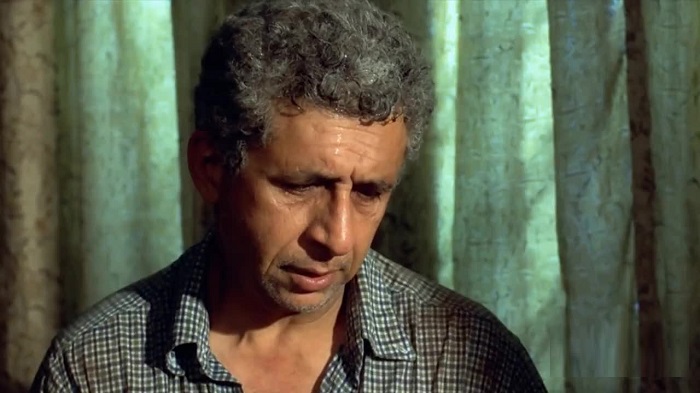 Nagesh Kukunoor's prison drama has often been compared to Shawshank Redemption. The truth is, while there are couple of common strands, both films are vastly different from each other. 3 Deewarein is about three prisoners lodged in the same jail, and a journalist who comes to interview the. Shah plays a thief, who is obsessed with escaping from the prison, and later is infatuated with the journalist. It is a fantastic performance from the actor, often getting away with the best lines with some added humour. 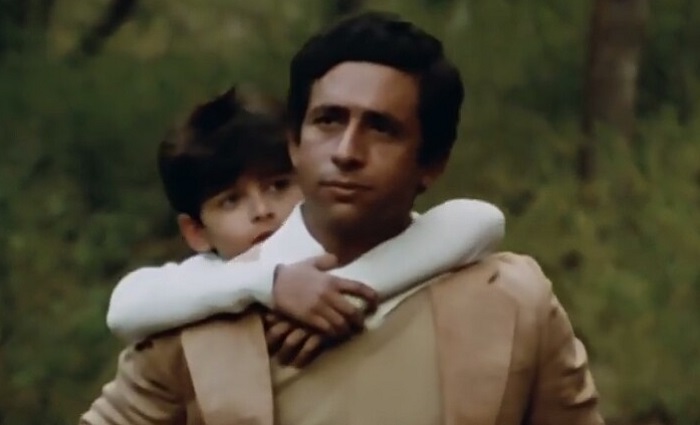 Another excellent, nuanced performance from Shah as a man who brings a love child into his family, and lives with the guilt of that secret. This Shekhar Kapur movie deserves to be watched for the acting on display, the songs and sublime drama, that never goes overboard, even in its most intense moment. 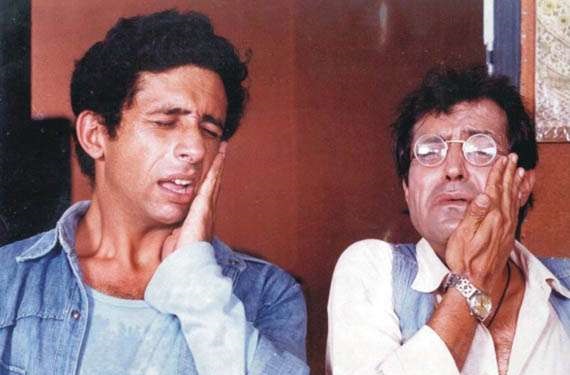 Naseeruddin Shah and Ravi Baswani in Jaane Bhi Do Yaaro

Like his roles, even genres doesn't matter for Mr Shah, as he can easily make you laugh as much as he can leave you in pain. A prime example of this is Kundan Shah's classic satire, Jaane Bhi Do Yaaro. Paired up with a terrific Ravi Baswani, Naseeruddin Shah will leave you all smiles from the start till the end, as the manipulated, do-gooder photographer. Too bad, not many filmmakers tried exploring Shah's funny streak. 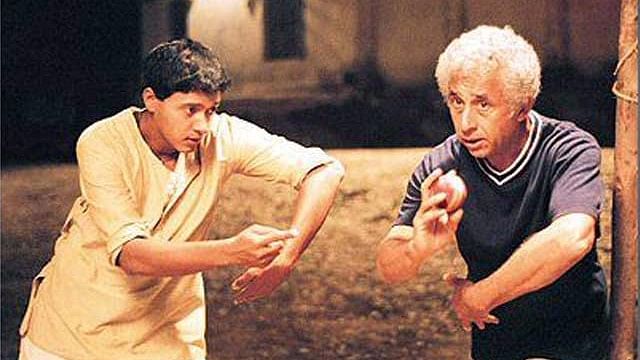 Another Nagesh Kukunoor film returns to this list -  perhaps his most universally liked and commercially viable movie to date - that is still heartwinning for its likeable premise and even likeable cast. Shah plays a washed out ex-cricketer, who has drowned himself in alcoholism, but finds a new purpose in life when he gets to train a deaf and mute Iqbal (Shreyas Talpade's breakout role). It is a wonderful performance by the actor, while creating amazing chemistry with Talpade as well as a young Shweta Basu Prasad. 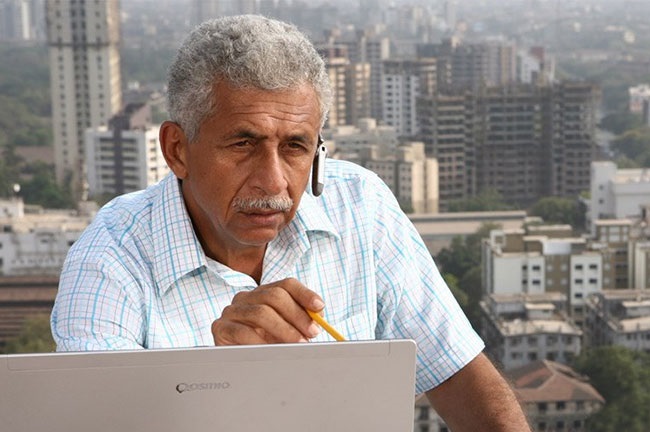 Naseeruddin Shah in A Wednesday

Compared to some of the roles mentioned in this list (save for Tridev), Naseeruddin Shah's Common Man in A Wednesday is a more bombastic performance. But considering that he speaks out the frustration we have against the system's inability to protect us, we can't help but cheer for him. His monologuing in the third act is one of the best enacted scenes in Hindi cinema. 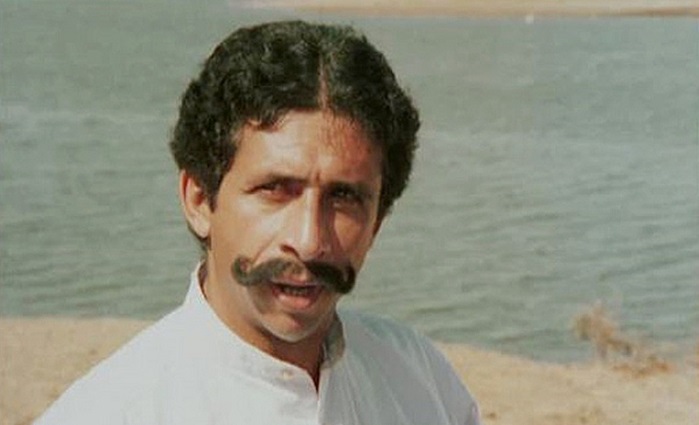 One of the finest examples of his antagonistic roles is that of the arrogant, leery British subedar in Ketan Mehta's brilliant Mirch Masala. Though Smita Patil owns the film, Naseeruddin Shah leaves an indelible impression as the villain who doesn't need to make rubber faces to show tyranny. A simple leery smirk is enough.

(The above story first appeared on LatestLY on Jul 20, 2020 09:46 AM IST. For more news and updates on politics, world, sports, entertainment and lifestyle, log on to our website latestly.com).