The latest picture shared by Navya Naveli Nanda has garnered netizens’ attention and its not just because of her stylish avatar and cute pose, but the comment dropped by her rumoured beau Meezaan Jaaferi. 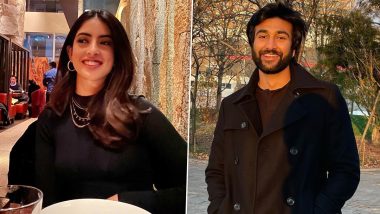 Navya Naveli Nanda, granddaughter of veteran actors Amitabh Bachchan and Jaya Bachchan, who is also the co-founder Aara Health, has been praised not only for her works but also for grabbing eyeballs with her stylish posts on Instagram. Navya often shares intriguing pictures on Instagram, giving a glimpse of her vibrant life with family and close pals. She also shares pictures from her travel diaries and even casual posts whenever she steps out for lunch or dinner. Is Jaaved Jaaferi's Son Meezaan Dating Navya Naveli Nanda? Here's What He Has To Say.

The latest picture shared by Navya Naveli Nanda has once again garnered netizens’ attention and its not just because of her stylish avatar and cute pose, but the comment dropped by her rumoured beau Meezaan Jaaferi and her response to it. Meezaan, left a comment with a loved-up and heart emoji that read, “Wow i wonder who took this”. Navya responded as saying, “@meezaanj my personal photographer”. Well, she has not named the person but it indeed looks like a fun banter between the rumoured couple. 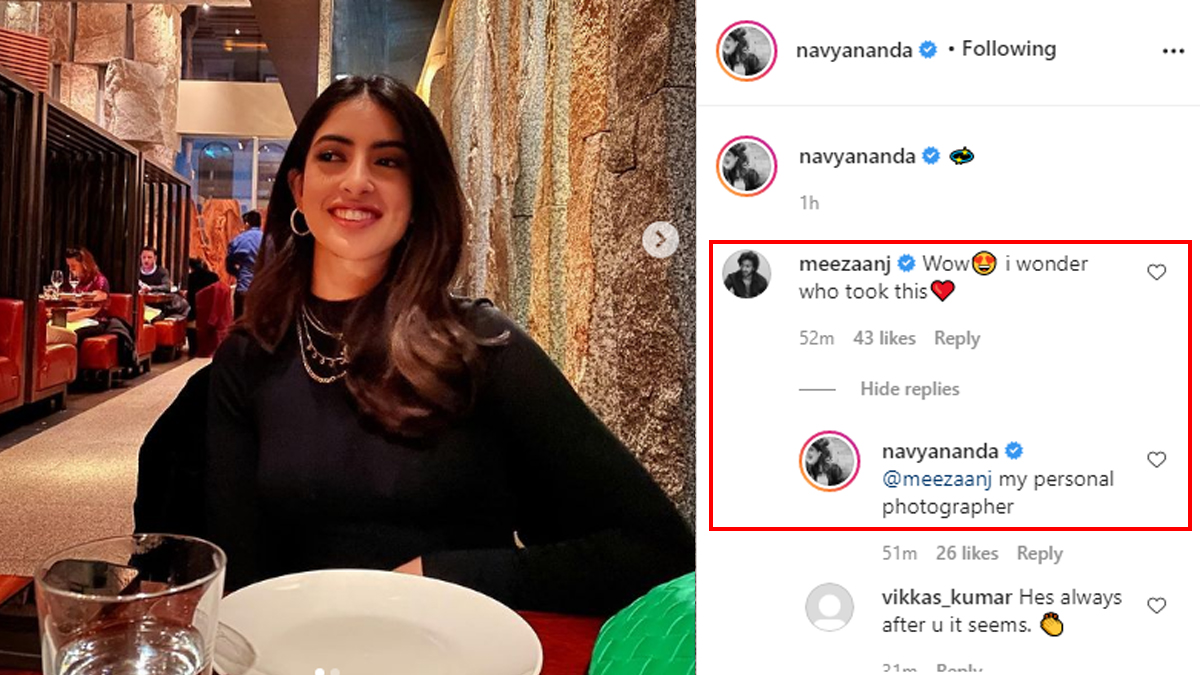 Navya Naveli Nanda had recently turned on the comments section for Instagram posts. Meezaan Jaafei has never hesitated to drop comments on her pictures. He was once quizzed about the rumours doing rounds about his relationship status with Navya to which Meezaan responded as saying that they are just friends.

(The above story first appeared on LatestLY on Jan 16, 2021 02:21 PM IST. For more news and updates on politics, world, sports, entertainment and lifestyle, log on to our website latestly.com).