Pankaj Tripathi Birthday: From Masaan to Gunjan Saxena -The Kargil Girl - Films Where the Actor Won Our Hearts With His Warm Characters 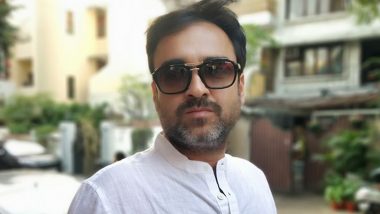 Pankaj Tripathi is that blessing to Bollywood which we probably don't even deserve. The actor who is known for his excellent actings skills is also one of the kindest people in the industry and we bet if you have heard him speak for an interview, there's a good chance that you have felt like asking him if he could become your life coach. Known for starring several acclaimed films such as Newton, Gunjan Saxena - The Kargil Girl, Bareilly Ki Barfi among several others. With each film, Tripathi has managed to bring a charm that is rare and only something an actor of his calibre can pull off. Pankaj Tripathi Is Not a Fan of Gangster Dramas and Loves Films with a Social Message.

Pankaj Tripathi celebrates his birthday on September 5 and as the actor turns 44, we take a look at some of his amazing roles that totally won our hearts. These are the roles that made us fall in love with his natural act and made us truly believe that he was the character instead of the actor. The best part about Pankaj Tripathi is that he may be in the smallest of roles but he can still manage to hijack the entire film and our attention towards him. On his birthday, here's a look at his roles that won our hearts.

In the recently released Netflix release, Pankaj Tripathi essayed the role of Gunjan's (Janhvi Kapoor) father who is not only one of the most supportive dads we have seen in Bollywood films but also a jovial and doting one at that. We loved Tripathi's act in the film so much that its possibly impossible to forget his dialogues from the film.

Tripathi truly is a diverse actor and he can move easily from family dramas to comedy to taking on villainous roles. In Stree, Pankaj Tripathi as Rudra who is a phrenologist is hilarious and has some of the best punchlines and we believe a few of them are just his genius improvisations too.

Yet another film where Tripathi comes across as the coolest dad is in the Kriti Sanon starrer Bareilly Ki Barfi. The relation that Bittu (Kriti) and her father share is the cutest one and also one of our favourite father-daughter portrayals in Bollywood films.

Despite having a cameo in the film, Pankaj Tripathi manages to make his character of Richa Chadha's character Devi's colleague at the Railway far too lovable. Who can forget his exchange about "Kheer" with Devi (Richa), where he says, "Jo kheer nahi khaya, vo manushya yoni me paida hone ka fayda nahi uthaya."Mirzapur 2 Release Date Is Out! Ali Fazal-Pankaj Tripathi's Amazon Prime Series To Stream From 23 October 2020 (Watch Video).

These are some of our absolute favourite Pankaj Tripathi characters. It's amazing to see him bring such warmth on-screen through these roles and we bet everyone who watched these films, were left with a piece of Tripathi's characters from them.

(The above story first appeared on LatestLY on Sep 05, 2020 10:30 AM IST. For more news and updates on politics, world, sports, entertainment and lifestyle, log on to our website latestly.com).