Priyanka Chopra and Nick Jonas Age Difference: How Old Is Indian Actress and Her Husband?

Yes, yes, Priyanka Chopra is ten years senior to Nick Jonas. If Priyanka and Nick are happy in each other’s company, it is high time netizens including nosey Twitterati stop writing mean comments directed at them. 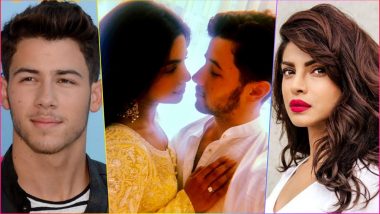 What is the age difference between Priyanka Chopra and Nick Jonas?

When Priyanka first walked the red carpet with Nick Jonas at Met Gala 2017, little did the two know of hitting it off on a personal level. A year later, they made things official with an engagement ceremony in India followed by an extravagant wedding in Umaid Bhawan Palace in Jodhpur, and had two wedding ceremonies -- a Christian and Hindu on December 2018. It was followed by several receptions and parties with family and friends, both in India and the USA. They have also been on lavish honeymoon to Oman, the Caribbean and family holidays to Swiss Alps. However, amidst the celebrations of Priyanka and Nick’s union, netizens are also too busy finding of their ages and the age difference. Priyanka Chopra’s Love-Filled Valentine’s Day Wish for Her Soulmate Nick Jonas Will Melt Your Heart – View Pic.

What is Priyanka Chopra’s current age?

Born on July 18, 1982, Priyanka Chopra is 36 years old. The gorgeous Bollywood actress was all of 17 when she was crowned Miss World in 2000. Search engine Google is being flooded with the search terms ‘Priyanka Chopra age’ ever since the reports of her dating Nick Jonas surfaced on the internet. In fact, on her 36th birthday, Nick proposed to her with a giant Tiffany & Co engagement ring and the duo got married in India followed by several wedding receptions in India and the USA.

What is Nick Jonas’ current age?

Born on September 16, 1992, Nick Jonas’ current age is 26. The handsome American singer, songwriter, actor, and record producer is a darling of media for his good looks and charming personality. Seeing the maturity and chivalry, it is hard for netizens to believe he is only 26 years old and no wonder Google Trends witnessing a spike in search for ‘Nick Jonas age’ results.

What is the age difference between Priyanka Chopra and Nick Jonas? 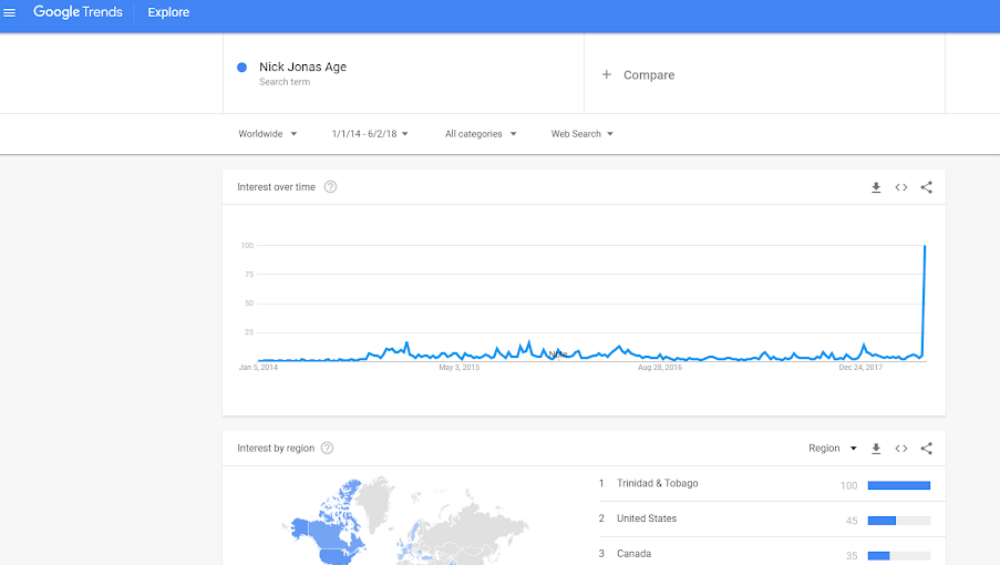 Yes, yes, Priyanka Chopra is almost eleven years senior to Nick Jonas. Earlier, he had dated Hollywood actress Kate Hudson, who is currently aged 39. Coming back to Priyanka, she is 36, and he is 26. Does that make this pair less desirable? Hell NO! These young, dashing, super successful and independent souls have struck a chord and all that matters in the end. If Priyanka and Nick are happy in each other’s company, it is high time netizens including nosey Twitterati stop writing mean comments directed at them.

(The above story first appeared on LatestLY on Feb 15, 2019 01:56 PM IST. For more news and updates on politics, world, sports, entertainment and lifestyle, log on to our website latestly.com).