Rahat Fateh Ali Khan Birthday: Tere Mast Mast Do Nain and Other Bollywood Songs by the Singer That Are Everlasting! (Watch Videos) 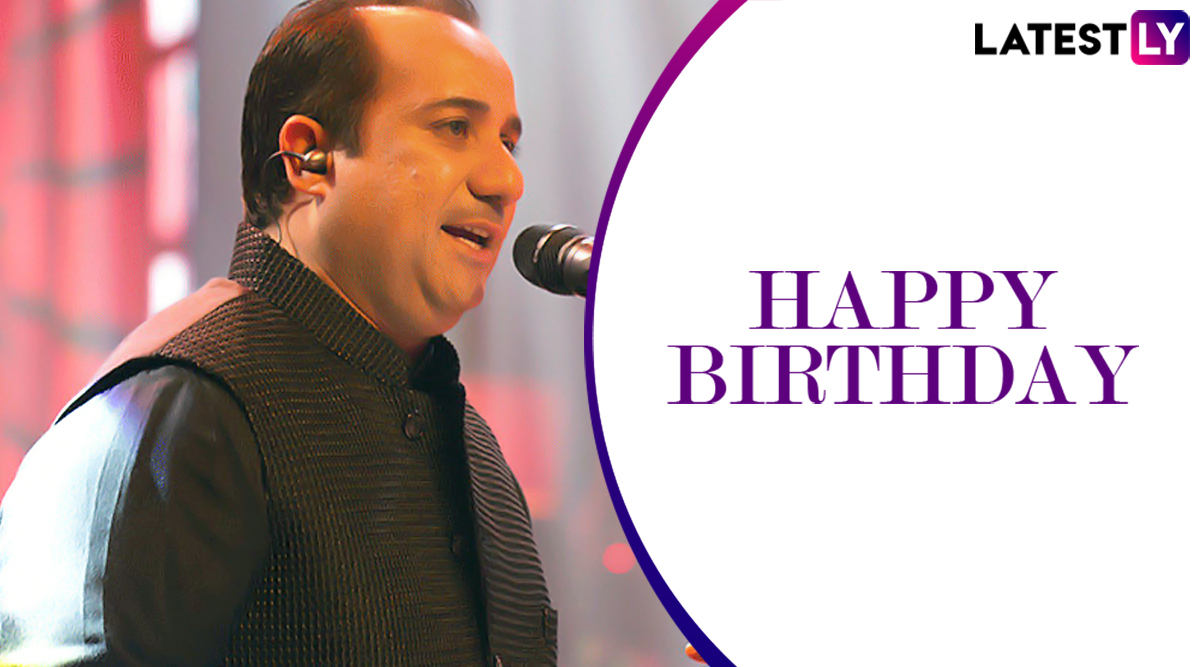 We Bollywood music lovers are blessed with some amazing, amazing singers. All these years, fans have seen the exchange of art and culture in the b-town as various artists flew down from different backgrounds to contribute with their art in India. One of them is Pakistani singer, Rahat Fateh Ali Khan. The performer from a highly renowned singing background has given many hits in the Bollywood too.

B-town stars like Salman Khan, Akshay Kumar especially became the prominent face for his strong voice. He prominently made Sufi reach into the hearts of the Indian audience more often with his songs which got a filmy twist. Here are some of the amazing tracks by the singer that are still in the 'favourite songs' category in their playlists!

Tere Mast Mast Do Nain (Dabangg): The track featuring Salman Khan and Sonakshi Sinha is still the most liked ones. Composed by Sajid-Wajid, it has an old-world charm.

Jiya Dhadak (Kalyug): The song is a major reason why the film became a household name in the first place. The soulful romantic track in the otherwise dark film is like a breath of fresh air.

Main Jahaan Rahoon (Namaste London): The song on Akshay Kumar was like the ultimate sad story of that year! In fact, the contestants in the singing reality shows crooned this very track and almost never failed to impress the judges.

Ajj Din Chadheya (Love Aaj Kal): The track which is a call to God in a rather soft, irritated way to make him listen to the prayers, is just beyond perfect. Who else could make justice to the track if not Rahat Fateh Ali Khan?

Afreen Afreen (Coke Studio): The singer gave his own sufiyana twist to this already popular track. It turned out to be gold! The song is now once again topping the playlists, thanks to this beautiful voice.

These were some of Rahat Fateh Ali Khan's songs that will always remain in the good books of Bollywood. These were our top five picks, what are yours? Do let us know in the comments section below.