Rahul Roy Health Update: The Right Hemisphere of his Face is Affected and Recovery Will Take Some Time

As per new reports, the right hemisphere of Rahul Roy's face is affected and the right arm has also gone a bit weak. The recovery will take some time and will be at a slower pace. 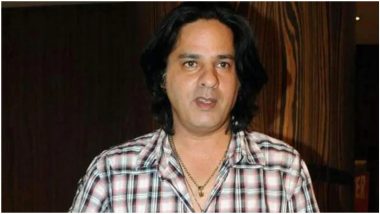 Aashiqui actor Rahul Roy is currently hospitalised in Mumbai's Nanavati hospital and is receiving treatment for his brain stroke. The actor was shooting for his web series in Kargil when he suffered a stroke and was rushed to the army hospital. Post CT Scan and other essential tests, he was airlifted to Nanavati hospital and is currently being treated for the same. While his condition is stable, recent health update suggests his right side is slightly affected.

As per the report in E Times, the right hemisphere of his face is affected and the right arm has also gone a bit weak. The recovery will take some time and will be at a slower pace. Several sessions of physiotherapy will also be required at a later stage. The actor currently has his rakhi sister Priyanka and her husband Romeer by his side and they are hopeful that his condition will improve with time. Rahul Roy Hospitalised Due to Brain Stroke, Raveena Tandon Prays for His Speedy Recovery.

When the media publication got in touch with the actor's brother-in-law, Romeer Sen for his health update, he said, "We stay with Rahul bhaiyya and the medicines prescribed by the doctors are working for him. He should be out of this soon. But, do pray for him."

Rahul's co-star, Nishant Singh Malkhani had earlier revealed how the freezing temperature of -15 degree centigrade in Kargil could have been the reason for his sudden brain stroke. The duo was shooting for LAC-Live The Battle when the incident happened.

(The above story first appeared on LatestLY on Dec 01, 2020 09:31 AM IST. For more news and updates on politics, world, sports, entertainment and lifestyle, log on to our website latestly.com).