Richa Chadha had filed a defamation case against the Telugu actress, ABN channel and Kamaal R Khan after her name was mentioned in the actress' interview where she accused Anurag Kashyap of sexual misconduct. Chadha has now received an unconditional apology from the Telugu actress. 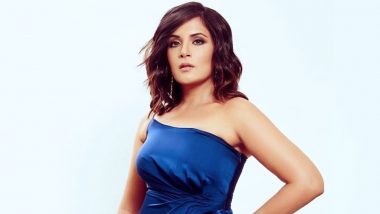 Richa Chadha had filed a defamation case against the Telugu actress who mentioned her in her sexual misconduct allegations on Anurag Kashyap. Kamaal R Khan was also dragged to court for defaming Chadha. Today the Bombay High Court has accepted the unconditional apology tendered by the Telugu actress and the suit has been disposed of. As per Bar & Bench, the Telugu actress also promised to remove all disputed posts mentioning Chadha along with the apology. Richa Chadha Issues Statement After Telugu Actress Who Accused Anurag Kashyap of Sexual Misconduct Mentioned Her Name in Allegations

Richa Chadha's advocates told the court that these terms had been agreed and signed on by both parties. A few days back, the Telugu actress had tweeted that she would never apologise. She had said, 'I am not apologizing to anyone. I have not wronged nor have I given a wrong statement about anyone. I just said what @anuragkashyap told me #SorryNotSorry'.' But guess she had to do it by the end of it.

The Court also asked Kamaal Khan and ABN, the channel which aired the Telugu actress' interview where she mentioned Richa, to withdraw their disputed comments as well. The channel's advocate said that the client will submit the injunction order. As for Khan, his advocate informed that he will withdraw the disputed content.

(The above story first appeared on LatestLY on Oct 14, 2020 01:54 PM IST. For more news and updates on politics, world, sports, entertainment and lifestyle, log on to our website latestly.com).