Sunny Deol Birthday Special: 5 Movie Dialogues Of The Actor That Are Explosive AF

On Sunny Deol's birthday, let's celebrate it with some of his explosive dialogues that we still use in our day-to-day life 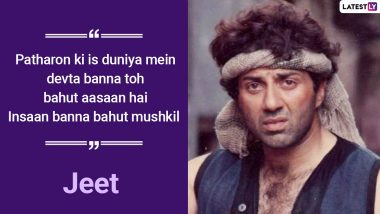 When we say Sunny Deol, the visual that pops up in our heads is of the actor roaring in movies. We have grown up watching so many angry Deol movies with the actor yelling and screeching that it is hard to remove that image from our heads. Most of these scenes are preceded or succeeded by some explosive dialogues which have become classics now. Those were the days when dialogues were written keeping in mind the TG of the movies. Sunny Deol's way of mouthing these lines have always been whistle podu! Sunny Deol Who Bagged National Award For Ghayal Reveals How Every Producer Initially Rejected the Film

On his birthday today, we thought we will go through his movie dialogues to make you realise why Sunny Deol has always been fondly spoken about for his acting skills rather than anything else. He is an action guy of course but his prowess over high-octane emotional scenes are unmatchable. These dialogues surely helped him get the right effect and so here they are...

What happens when you have an arm than weighs 2.5 kg 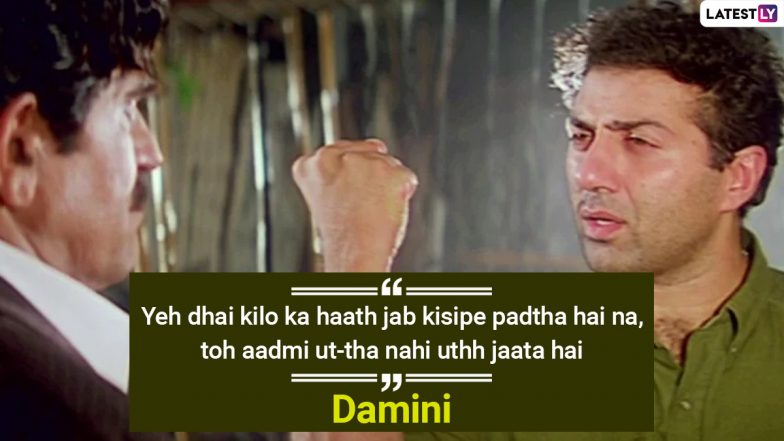 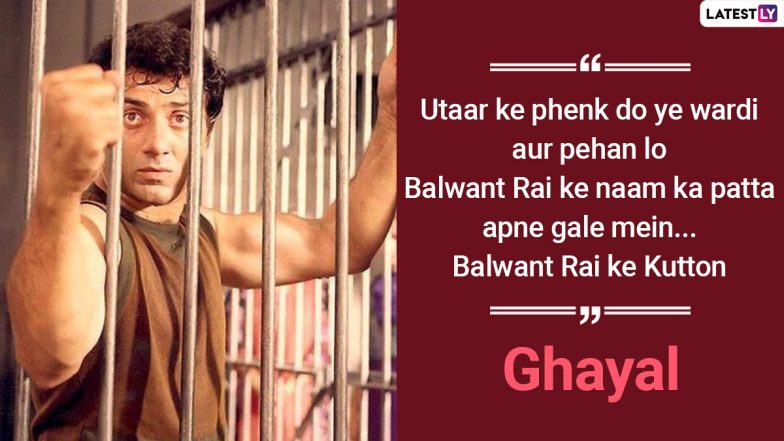 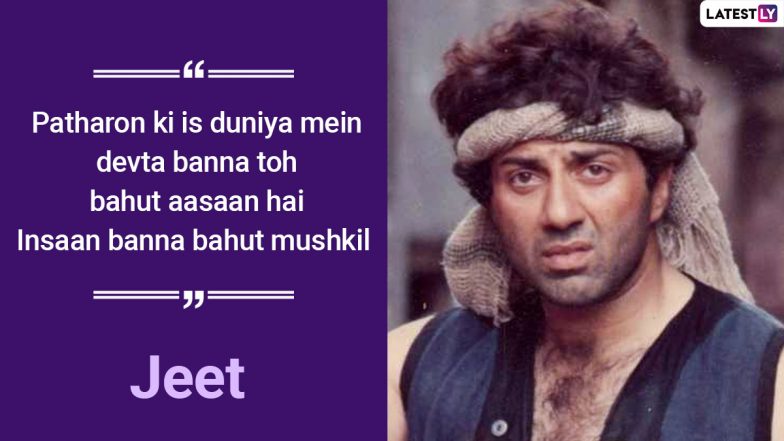 What a migrant labourer can do! 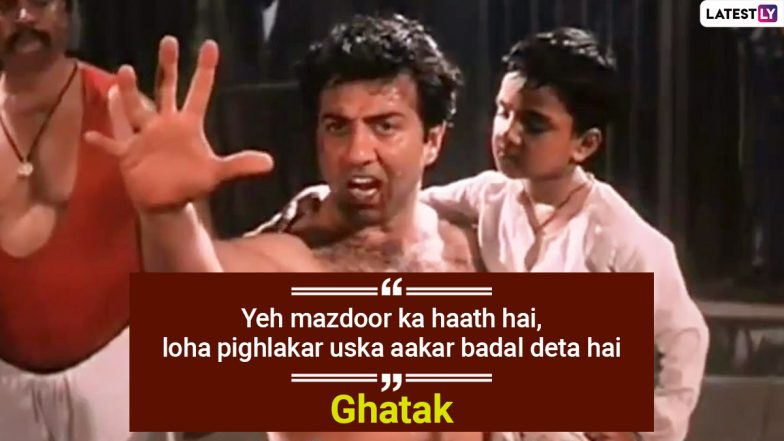 True words have never been spoken before 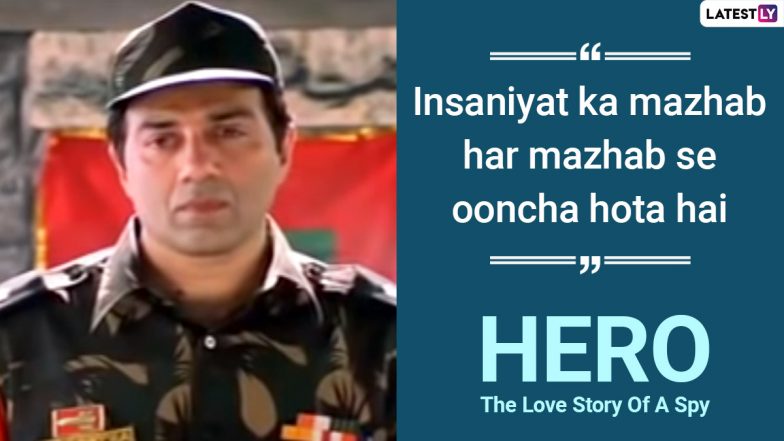 We are pretty sure we have missed out on one or two dialogues of Deol which are equally magnanimous. Do let us know in the comments section below.

(The above story first appeared on LatestLY on Oct 19, 2020 08:10 AM IST. For more news and updates on politics, world, sports, entertainment and lifestyle, log on to our website latestly.com).