From his media interactions to his personal videos, here's a quick throwback to all the times when he won our hearts. 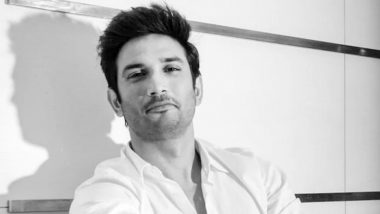 Late actor Sushant Singh Rajput would have celebrated his birthday today on January 21. Having marked his career in both the Hindi film and television industry, Sushant proved his mettle as an actor. From Kai Po Che to Sonchiriya, Sushant registered some phenomenal performances under his name and was rising talent in the industry. Unfortunately, we couldn't see more of him after he died by suicide in June 2020. While his memories will be etched in our hearts forever, it's time we reminisce some of his beautiful moments. RIP Sushant Singh Rajput: From Getting Meryl Streep's Autograph to Spending a Night at Playboy Mansion, Actor Once Shared His Bucket List in His Now Deleted Insta Posts.

From his media interactions to his personal videos, here's a quick throwback to all the times when he won our hearts! Have a look...

When He Saved Kriti From a Wardrobe Malfunction

His Interaction With Kapil Sharma On His Show

Sushant was an actor par excellence. While he has left us for heavenly abode, his legacy will live on. Lastly, we hope and pray for his soul to rest in peace.

(The above story first appeared on LatestLY on Jan 21, 2021 09:10 AM IST. For more news and updates on politics, world, sports, entertainment and lifestyle, log on to our website latestly.com).