Irresponsible reporting by a news channel and some overzealous people led to trauma for an unassuming Navi Mumbai resident after his number got mistaken for Rhea Chakraborty. 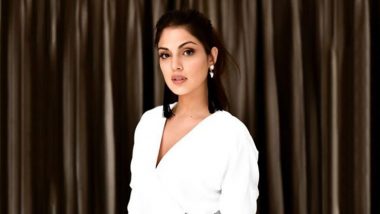 Sushant Singh Rajput's death is getting probed and prodded more on social media than in investigation rooms. Everyone feels he was wronged and makes it their life's mission to harass people they think are responsible. Rhea Chakraborty, the late actor's girlfriend, and her brother have been called for questioning at ED recently. But news channels are burning their midnight oil to decide who is at fault and are continuing with their irresponsible reporting. Recently, one of them flashed Rhea's number during their reportage and that has led to extreme harassment of an unassuming Navi Mumbai resident. Sushant Singh Rajput Case: From Aamir Khan to Shraddha Kapoor, Rhea Chakraborty Was in Touch with Several B-Town Celebs, Reveals Actress’ Call Records

A Mumbai Mirror report claims that Sagar Surve is a clerical staffer of an educational institute. He has been receiving incessant calls, WhatsApp texts, and videos abusing him. Initially, he dismissed them as spams and even hung up on many thinking they dialed the wrong number. But it continued and he had to eventually block 150 numbers to stay sane. His cousin informed him about the TV news channel's reporting and also about the fact that only the last digit of his number is different from the actress'. Later he got to know that his number too had gone viral online.

Traumatised and puzzled, Surve approached the Police who asked him to use an alternate number for a while. They also assured him that he can get in touch with them whenever needed. Surve now just wants this to end so that he can go back to his normal life.

(The above story first appeared on LatestLY on Aug 12, 2020 03:00 PM IST. For more news and updates on politics, world, sports, entertainment and lifestyle, log on to our website latestly.com).